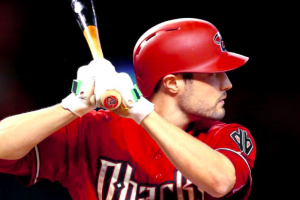 The Arizona Diamondbacks have been one of the biggest surprises in baseball this year, but they’re about to receive their stiffest challenge of the season. On Monday, the Diamondbacks placed center fielder A.J. Pollock on the 10-day DL with a groin injury. Pollock suffered the injury during Sunday’s loss to the Pirates, and while the Diamondbacks were quick to add him to the DL the following day, the club remains hopeful that it’ll be a short-term injury rather than a long-term issue. Rookie Reymond Fuentes has been called up to take Pollock’s place on the roster and may get most of the playing time in center field while Pollock it out.

Pollock was running to first base during the 10th inning of Sunday’s game when he “felt a little grab” in his groin. After the team’s trainer came out to check on him, Pollock was removed from the game. On Monday, Pollock was diagnosed with a Grade 1 strain, which is good new for all parties.

Pollock began last season on the DL with a fractured elbow and didn’t return until late August. He was then shut down with a groin injury, essentially making it a lost season for Pollock. That injury was to Pollock’s left groin, while his current injury is on the right side.

“It doesn’t hurt as much as it did last year,” Pollock said Monday. “Not as severe. The trainers are really positive about it and so am I. I couldn’t tell you which day, but I’m sure I’ll be feeling pretty good in the next couple of days, and I’ll be running around pretty soon.”

Through the first month and a half of this season, Pollock is hitting .299 with an OPS of .792. It’s not quite on par with his breakout season in 2015, but Pollock has nevertheless been a key part of Arizona’s success to this point in the season, and so the Diamondbacks can’t afford to be without him for long. However, the Diamondbacks don’t yet have a timeline for how long he’ll be out.

“We’re presently putting together a road map as to what the (rehab) process will be,” Diamondbacks manager Torey Lovullo said. “We aren’t going to rush through any of this process. When he returns, he’s going to be 100 percent, he’s going to be ahead of this injury and ready to contribute at the level he was contributing at prior to the injury.”

The Diamondbacks are also facing the possibility of double trouble. Right fielder David Peralta also left Sunday’s game with an injury and could be headed to the DL. Peralta injured his glute in Sunday’s game and was not in Arizona’s starting lineup on Monday. The team is holding off on putting him on the DL until at least Tuesday, but the possibility should not be ruled out. Peralta had three separate stints on the DL last season, which could make the Diamondbacks more likley to put him on the DL this time around.

“I feel relatively good, a little sore,” Peralta said Sunday. “I don’t think it’s a big deal. They did a few tests, and it wasn’t bad.”

Peralta has also been an integral part of Arizona’s success this season, hitting .301 an OPS of .814. The Diamondbacks are one of the top offensive teams in the National League and have had plenty of strong offensive performers this season. However, losing both Pollock and Peralta at the same time may prove difficult.

“I’m on the record as saying this all the way along,” Lovullo said Sunday after both left the game early. “Last season was one where this ballclub missed those two players. They’re very important to us. We don’t want to miss them again.”

As it stands, the Diamondbacks are three games back in the NL West and very much in contention. Outside of the loss of Shelby Miller, Arizona hasn’t been hit too hard by the injury bug this season. But with Pollock on the DL and Peralta also nursing an injury, this is the club’s first real taste of adversity this season. How the Diamondbacks handle these injuries could go a long way toward determining whether they end of being contenders or pretenders in 2017.