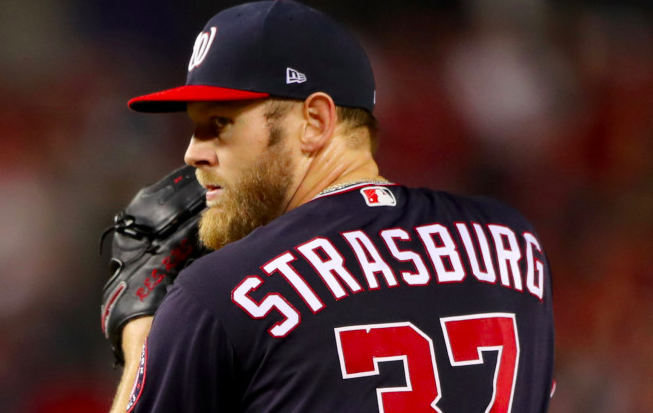 The Washington Nationals got a bad break in Game 5 of the World Series with ace Max Scherzer being scratched the day of the game because of a stiff neck. Without their ace, the Nationals lost their third straight game to the Houston Astros, all on their home field. With the series shifting back to Houston for Tuesday’s Game 6 with the pressure firmly on the Nationals, who are now facing elimination. On the bright side, the Nationals won the first two games of the series on the road, which should give them confidence that they can rebound and force a Game 7.

All Quiet on the Eastern Front

The Washington lineup couldn’t be stopped when they were scoring 12 runs against the Astros in Game 2 of the series. However, the Nationals have gone ice cold offensively since then. They have scored just one run in each of the last three games. After having plenty of opportunities in Game 3 with nine hits, the Nationals have just four hits in each of the last two games. In a way, going to returning to a more hitter-friendly ballpark in Houston could help. However, most of Washington’s right-handed hitters have been held in check throughout the series, which has to change if the Nationals are going to stay alive.

Whether they score runs or not, the Nationals will lean on another strong performance from Stephen Strasburg in Game 6. Strasburg was the winning pitcher in Game 2 after pushing his way through six innings while allowing just two runs on seven hits. He’s been outstanding throughout the postseason, posting a 1.93 ERA over four starts and one relief outing. More importantly, he’s been Washington’s good luck charm, as Strasburg boasts a 4-0 record during the playoffs.

Meanwhile, the Astros will turn back to Justin Verlander, who also started Game 2. Verlander took the loss in that game. After giving up two runs in the first inning, he settled down and kept the Nationals off the scoreboard through six innings. However, Verlander ran into trouble in the seventh and the Houston bullpen couldn’t bail him out in what turned out to be a 6-run inning for Washington. Despite his postseason prowess, Verlander is just 1-3 with a 4.15 ERA in his five playoff starts. Of course, a pitcher with his abilities and his experience should never be counted out in a big game.

It’s a little unusual to hear, but MVP candidate Alex Bregman might be the X-factor in Game 6. It’s been an up and down postseason for Bregman, who has gone hitless in three of the first five games of the World Series. Of course, his hits have all been huge for the Astros, including a two-run home run against Strasburg in the first inning of Game 2. If Bregman can produce in Game 6, it likely means that things are going Houston’s way. But if Strasburg can keep Bregman from hurting him, he’ll have a chance to keep the Astros under wraps.

The Astros have all of the momentum in the series, but that momentum is only as good as Verlander, who could be vulnerable in Game 6. Look for Strasburg to pitch another gem and give the Nationals hope that they can scratch out enough runs to force a Game 7 and perhaps get Scherzer back in time, adding a crazy twist to the series. Washington wins 4-2.