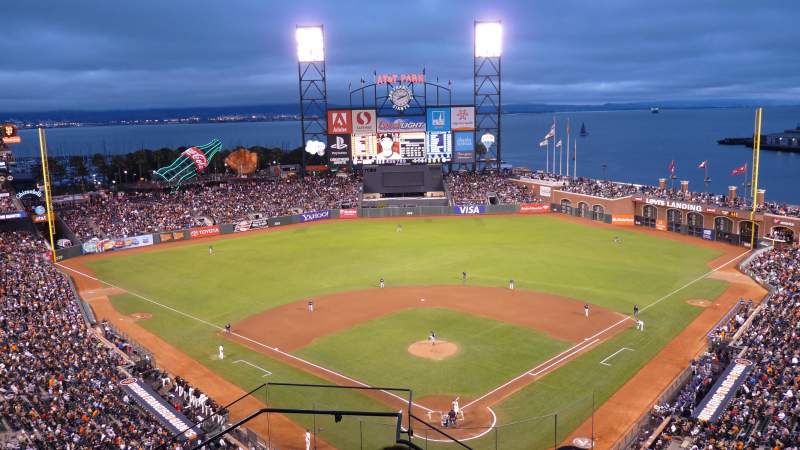 A ballpark located on the south side of San Francisco, California, AT&T Park is the home field of Major League Baseball’s San Francisco Giants.

The park originally opened as Pacific Bell Park, and then later changed the name to SBC Park in 2003, before again changing the name in 2006 to AT&T Park when SBC was bought out by AT&T.

Beyond the right field wall sits a portion of the bay referred to as “McCovey’s Cove” where some of the longer home runs to right field land, and people gather to collect any balls destined for the water.

Before the completion of AT&T park, the Giants played for over 40 years at historic Candlestick Park in the Southeast side of San Francisco.

• In 2011 the ballpark served as the temporary home for the California Golden Bears football team while their primary home stadium underwent a number of renovations.

• The venue has served as home to some major sporting events such as the annual Fight Hunger Bowl from 2002 to 2013.

• It became the first Major League Ballpark to receive the LEED Silver Certification in April 2010.

• Construction of the stadium lasted under two years and the opening series played at the park was the Loss Angeles Dodgers who visited for a 3 game set in which they swept the Giants.