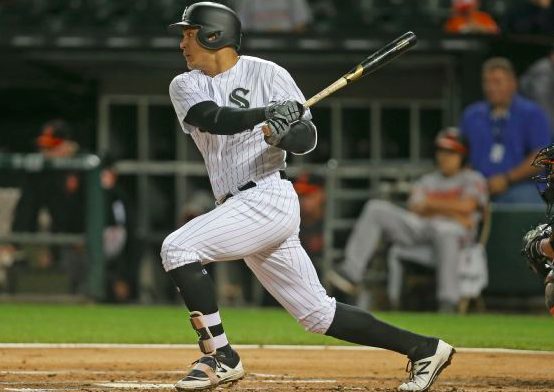 Outfielders have largely been ignored so far this offseason, but the Milwaukee Brewers may have changed that trend. On Monday, the Brew Crew agreed to sign outfielder Avisail Garcia. The two sides came to terms on a two-year deal worth $20 million that will send Garcia back to the upper midwest after spending most of his career with the Chicago White Sox.

After more than five years with the White Sox, Garcia signed a one-year deal with the Rays last winter. He enjoyed a breakout season in 2017, hitting .330 and posting an OPS of .885. But injuries helped prevent Garcia from being able to replicate those kinds of numbers in 2018, right before hitting the open market. However, Garcia was able to improve his value with the Rays this past season. He ended up hitting .282 with an OPS of .796 while producing a career-high 20 home runs, becoming an important power source in Tampa’s lineup.

In a unique twist, Garcia actually turned down three-year offers, including one from the Brewers that could have kept him in Milwaukee an extra year. However, the 28-year-old Garcia preferred a two-year deal so he can return to the free-agent market under the next Collective Bargaining Agreement. He’ll still be 30 years old at that time, putting himself in a position to land a more lucrative deal if he’s able to keep producing over the next two seasons.

At first glance, the Brewers signing a corner outfielder like Garcia could indicate a position move to first base for Ryan Braun. Milwaukee has toyed with the idea of moving Braun to first base in the past. However, the play of Eric Thames and Jesus Aguilar made the team pump the brakes on forcing Braun to spend time at first base. However, Milwaukee no longer has any established first basemen on their roster, so this could finally be the time that Braun makes the move, at least part-time.

With Lorenzo Cain patrolling center field and former MVP Christian Yelich in right field, there is no room for Garcia anywhere but left field, where Braun has played most of his career. Garcia doesn’t have egregious splits and is too good to be a part-time player, meaning there’s every chance he’ll be Milwaukee’s left fielder next season. The Brewers also have Ben Gamel to serve as a versatile fourth outfielder. That leaves no room for Braun except at first base, a position where he has just 12 career starts, or third base, where he hasn’t played since his rookie season in 2007.

Defensive alignments aside, Garcia should be an important contributor to Milwaukee’s lineup next season. With Thames, Yasmani Grandal, and Mike Moustakas playing elsewhere, the Brewers have 88 home runs to replace. The Brewers could also expect a drop-off in production from both Cane and Braun, as both continue to age. Garcia, who should be very much in his prime, will need to provide protection for Yelich. In fact, Garcia’s performance could be vital for Milwaukee’s success in 2020.

It will be interesting to see where the Brewers go from here this offseason. Braun appears to be on his way to first base, although Milwaukee would be wise to find a more defense-oriented first baseman to share playing time at that position. The Brewers could also use another bat to replace all of the power they’re losing from last year’s roster. Garcia is a nice addition, but the Brewers still have work to do.