Chris Colabello to Remain in Minors After Suspension 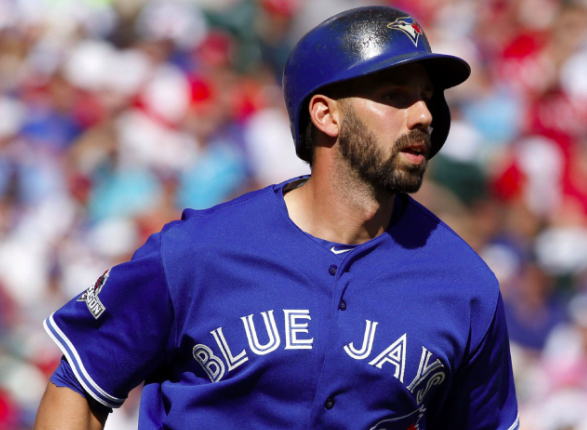 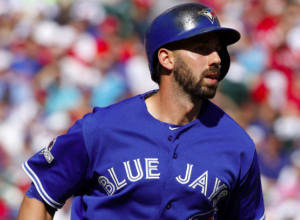 The 80-game suspension for testing positive for a performance-enhancing drug is over for Toronto Blue Jays first baseman Chris Colabello. However, Colabello will not be returning to Toronto right now. The Blue Jays have decided to keep Colabello in the minors following the end of his suspension. Colabello remains on Toronto’s 40-man roster, but he is off the active roster and will play for the Blue Jays triple-A affiliate. He has already played 10 minor league games in anticipation for his return from suspension.

In April, Colabello tested positive for dehydrochlormethyltestosterone (DHCMT), which is an anabolic steroid that was obsolete for many years but has recently become relevant again in the doping world. Colabello maintains that he never knowingly took any banned substances. “I have nothing to say sorry for,” he said earlier this week. “At the end of the day, the unfortunate thing is I’m the only person that knows that.”

Colabello made a meaningful impact to the Blue Jays in 2015, playing in 101 games between first base and the outfield, contributing 15 home runs and 54 RBIs, hitting .321 with an .886 OPS. However, he got off to a dreadful start early in the season before being suspended on April 22. He had just two hits in his first 29 at bats before the suspension.

Whether the Blue Jays are keeping Colabello in the minors as further punishment for his suspension or because of his poor start to the season is unclear. He has just three hits in 19 at bats in triple-A, so his struggles from early in the season have continued. “He’s got to play in [live] competition,” commented Blue Jays manager John Gibbons. It may also be relevant to note that because of the suspension Colabello is ineligible to be on Toronto’s postseason roster if the Blue Jays make the playoffs.

Even if he can’t play in the postseason, Colabello could earn his way back to the big leagues and help the Blue Jays get to the playoffs. If he can start hitting in the minors, Colabello could go back to platooning with Justin Smoak at first base, as Smoak has not been as productive against left-handed pitching this season as he’s been against right-handed pitching.

Colabello’s role with the Blue Jays may also be affected by any moves the Blue Jays make between now and the trade deadline on August 1. Toronto has been reportedly linked to a few outfielders available on the trade market. The Blue Jays are also hopeful that Jose Bautista will be able to return from the DL on Monday. If the Blue Jays get Bautista back and acquire another outfielder, it could force Bautista into DH duty, prompting Edwin Encarnacion to play first base on a regular basis, limiting Smoak’s playing time and leaving no room on the roster for Colabello. This makes Colabello’s return to the big leagues this season uncertain, and perhaps, out of his hands.