Cleveland Indians To Use Three-Man Rotation During World Series 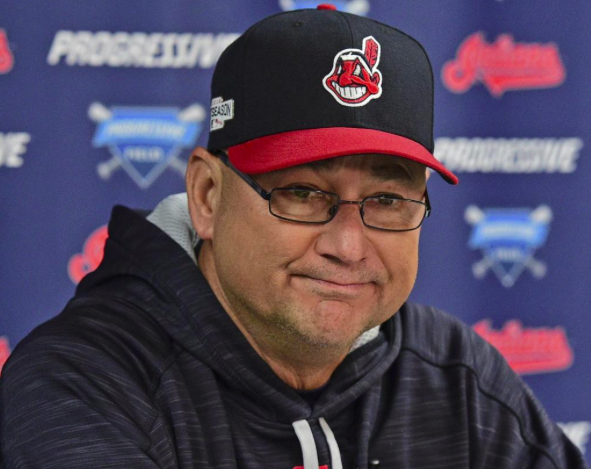 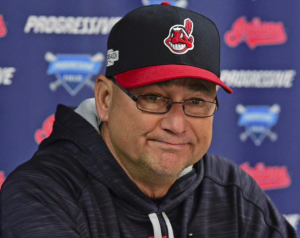 The uncertainty surrounding the starting rotation the Cleveland Indians will use in the World Series appears to be settled. Cleveland manager Terry Francona says he will use only Corey Kluber, Trevor Bauer, and Josh Tomlin as starters, meaning all will be used on short rest at some point, with Kluber being used on short rest twice if the series lasts seven games.

It was already expected that Kluber would be brought back on short rest to pitch Game 4, especially after Francona removed him in the midst of a brilliant outing in Game 1 after just 88 pitches. “Part of taking him out then was with [Game 4] in mind,” Francona said after Game 1.

Through four postseason starts, Kluber has a 0.74 ERA and has been the clear ace of Cleveland’s staff. With Carlos Carrasco unavailable and Danny Salazar limited to a bullpen role, Kluber has stepped up and helped carry the Indians throughout the playoffs.

Game 4 will be just the second time in Kluber’s career that he pitches on short rest. The first came in Game 4 of the ALCS against the Toronto Blue Jays. Kluber gave up two runs over five innings in that game, which was actually his worst outing of the playoffs. Of course, the Indians may only need six innings from Kluber in Game 4. As was the case in Game 1, if the Indians can take a lead into the 7th inning, they can turn things over to Andrew Miller and Cody Allen to close out the game.

The Indians shouldn’t be worried about Kluber pitching on short rest, although Bauer may be another matter. Bauer threw just 87 pitches in Game 2, so coming back after three days of rest should be possible. The problem is that Bauer wasn’t all that effective against Chicago’s lineup in Game 2.

Bauer was bounced after 3.2 innings, and while he gave up just two runs, he allowed eight base runners in such a short outing. Such results don’t bode well for things being different in Game 5, which will be the first time in his career that Bauer pitches on short rest.

Meanwhile, Tomlin is scheduled to pitch Game 3 at Wrigley Field on Friday and then come back on short rest in Game 6, if necessary, back in Cleveland. Tomlin has had two good starts for the Indians during the postseason, and while they are confident in him pitching Game 3 after so much extra rest, Francona admits there’s some concern with him going on short rest.

“Tomlin, we are a little concerned. He’s been pitching great, but he doesn’t have the biggest frame in the world. But he hasn’t pitched that much, so I think we’re OK,” the skipper explained. Tomlin has only pitched on short rest once in his career, although that game was back in 2010.

Between Bauer’s struggles in Game 2 and concern over Tomlin’s size, one has to wonder if Francona may change his mind at some point, and consider starting rookie Ryan Merritt in either Game 5 or Game 6. Merritt threw 4.1 shutout innings against the Blue Jays in Game 5 of the ALCS, so perhaps he could start a game with either Bauer or Tomlin set to piggy back. With a three-man rotation, the Indians won’t start a lefty in the World Series, so perhaps Merritt can have success for a few innings just based on giving the Cubs a different look.

Of course, no one will be surprised if the Indians stick with the trio of Kluber, Bauer, and Tomlin. The Indians have reached the World Series using those three starters, and it appears Cleveland will continue to live and die based on the performance of those three pitchers.