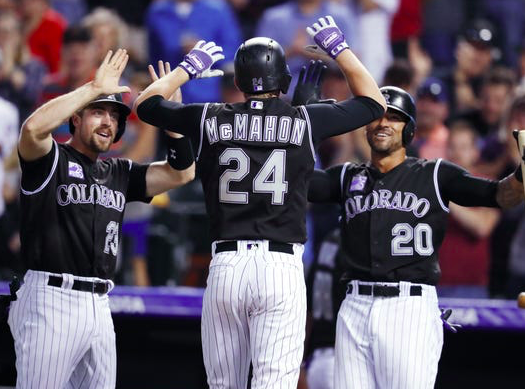 Coming off back-to-back postseason appearances in 2017 and 2018, the Colorado Rockies took a massive step backward in 2019, going 71-91 and finishing 35 games off the pace in the NL West. An offseason devoid of meaningful additions and filled with trade rumors about star third baseman Nolan Arenado haven’t helped to build optimism heading into the 2020 season. Is it possible that last season was a fluke and the Rockies can bounce back this year or will they continue to plummet and be forced into a rebuild?

As usual, Colorado’s pitching staff had the highest ERA in the National League last season. However, Coors Field isn’t entirely to blame for that. While Jon Gray continued to pitch like a frontline starter and German Marquez had a solid season, both Kyle Freeland and Antonio Senzatela had disastrous campaigns. Both finished the season with ERAs over 6.70. Obviously, both proved in 2018 that they’re capable of being much better, but if they don’t have bounce-back seasons, the Rockies could be in trouble.

The Rockies aren’t exactly overflowing with viable replacements if those two continue to struggle or if Gray and Marquez endure a down year. Jeff Hoffman is the favorite for the no. 5 spot in the rotation, but he went 2-6 with a 6.56 ERA in 15 starts in 2019. Chi Chi Gonzalez and Peter Lambert also failed to impress when given a chance last season. The Rockies could also be vulnerable to injuries to their starters in 2020 because the depth doesn’t appear to be there.

In the bullpen, the Rockies would also like to hit the reset button after last season. Wade Davis posted an 8.65 ERA over his 50 relief outings, a season that could force Colorado to go back to Scott Oberg as the closer in 2020. Meanwhile, the Rockies haven’t exactly gotten what they paid for with Jake McGee and Bryan Shaw, so getting to Davis and Oberg in the late innings may not be that easy.

Unless veterans like Davis, Shaw, and McGee can get on track, the Rockies will have to lean on some younger pitchers in the bullpen. For what it’s worth, Carlos Estevez impressed last year and should have a more prominent role this season. Jairo Diaz was solid and Yency Almonte has flashed potential, but there are few sure things when it comes to the Colorado bullpen.

Even when it came to scoring runs, the Rockies were a disappointment in 2019, which is rarely the case. The trio of Arenado, Trevor Story, and Charlie Blackmon is good enough to carry the team for long stretches, but the Rockies need more from some of their other everyday players. David Dahl was in the midst of a breakout season before missing the last two months of the season with an ankle injury, so he’ll be a key figure in 2020.

Meanwhile, the Rockies need veterans like Daniel Murphy and Ian Desmond to be consistent role players. Both are clearly past their prime, but the Rockies need them to contribute something. Finding steady production at second base between Ryan McMahon, Garrett Hampson, and Brendan Rodgers is also important. The Rockies won’t get much offense from Tony Wolters behind the plate, putting more pressure on the no. 5, 6, and 7 spots in the order to come through for them.

Expectations are quite low for the Rockies heading into 2020 with a projected win total of 74.5 on the heels of a 71-win season in 2019. If the starting rotation can turn things around and perform the way it did in 2018, the Rockies are good enough to surpass 74.5 wins without a problem. However, there is no guarantee that happens and it may not matter much with a shaky bullpen. With Arenado clashing with the front office before the season, things could go south in a hurry if Colorado doesn’t get off to a fast start. Look for the Rockies to lose 90 games again and fall short of their 74.5-win projection.