Cubs Rizzo Lashes Out at Media 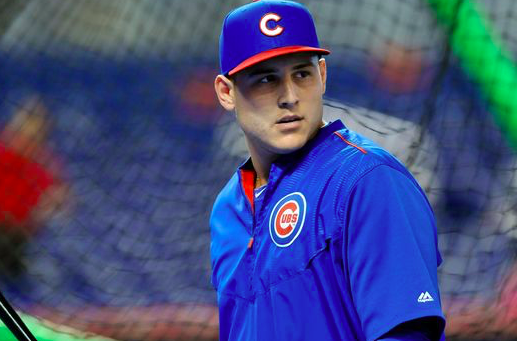 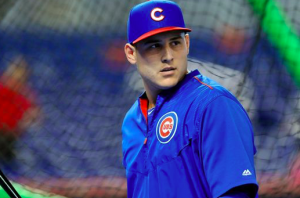 Before the Chicago Cubs got the second half of their season underway on Friday, all-star first baseman Anthony Rizzo had a few things he wanted to get off his chest. Rizzo verbally attacked the media over their negativity and sense of panic over the Cubs struggles heading into the all-star break. Chicago won just two of its last 11 games leading into the break, causing their almost insurmountable lead in the NL Central to drop to seven games.

“The only people panicking about this is the media,” Rizzo said to reporters Friday. “No offense to you guys. It’s been pretty negative. All the comments coming out of everyone’s mouth except in this clubhouse. We feel great. We feel great to be back together and we’re ready to go.”

“It’s July and you need stories to write about, and what better story to write about than why are the Cubs struggling?” Rizzo continued. “The only people worried about it are outsiders.” He went on to say, “I don’t think anyone is worried about us not playing well for an extended period of time.”

Cubs manager Joe Maddon had a slightly different take on the media’s role. “The noise coming from outside is necessary,” he said. “It can serve as motivation and it’s also just fans being fans. It’s about how you channel all that.” The manager also noted the team’s stretch of games on 23 consecutive days as part of the reason for its recent slump. “I probably have not been as tired as I was at this break, ever,” Maddon explained. “If I felt the need to rest, I’m certain our guys felt the same way.”

Cubs president of baseball operations, Theo Epstein, was a little more fired up when talking about how the media has handled Chicago’s highs and lows this year. “When we were 25-6, the media was asking questions about, ‘How do we balance getting our players rest with going for the all-time wins record?'” Epstein said. “I attached zero meaning to that. I called bulls— on that question. The same way, if I think people are getting too down on us for not playing well, I’ll call bulls— on that, too. I just think all that matters is how we respond to adversity and how we handle success.”

Epstein went on to acknowledge that the team hasn’t played well lately, but that in the long run it could work in their favor. “Once you go through that as a club, then you know it’s possible. You get to the edge of the abyss and you stare right in. You go, ‘Hey, we’re not going to just rack up the wins. You have to go out and earn it.’ That can be a good thing for our team.”

After Friday’s win over the Texas Rangers, the Cubs were able to start the second half on a positive note and increase their lead in the division back to eight games. The team also got David Ross back from the DL and is hopeful to have Dexter Fowler back within a week’s time; the return of both players should be helpful. The Cubs also know that a fast start in the second half can push away all the negativity that Rizzo and the rest of the team are tired of hearing and get them back on the right track.