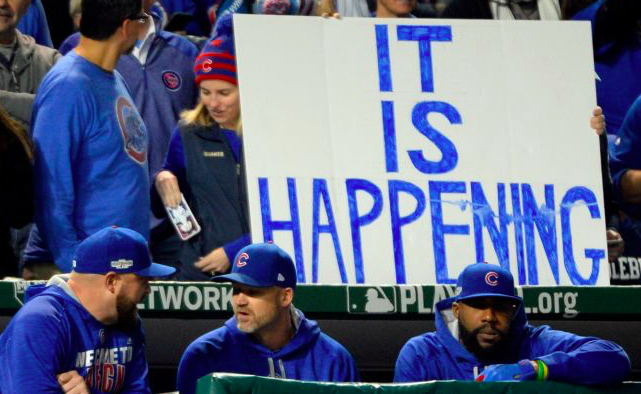 Posted on November 1, 2016 by Bryan Zarpentine 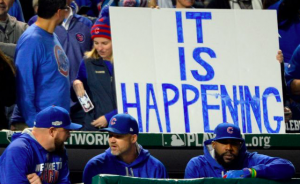 Behind an incredible performance by closer Aroldis Chapman in Game 5, the Chicago Cubs have forced a Game 6 in the World Series back in Cleveland. However, the Cubs still find themselves with their backs against the wall, needing to win two games on the road to end their championship drought, whereas the Indians remain one win away from a world championship.

The Cubs won Game 5, but does that mean the issues that have plagued them during the series have been resolved? The Cubs finally got a home run in a big spot, as Kris Bryant helped jumpstart the 4th inning rally that won Game 5. However, that was the only inning in which Chicago was able to get a rally going. Even though the Indians lost Game 5, Cleveland’s bullpen still shut out the Cubs during the late innings, as the bottom half of Chicago’s lineup continued to struggle, particularly Javier Baez, who was so instrumental during the National League playoffs. The Cubs still need to do a better job of putting the ball in play and doing the small things to score runs if they hope to win two more games. Despite a Game 5 win, Chicago’s lineup still doesn’t look that deep and Cleveland’s bullpen still looks awfully good.

The Indians will send Josh Tomlin to the mound in Game 6 to help them close out the series. Terry Francona had some concerns before the series about Tomlin pitching on short rest, but he threw just 58 pitches in Game 3, so he should be fine. Despite lasting just 4.2 innings in Game 3, Tomlin only allowed two hits against the Cubs, and did well to put Cleveland’s bullpen in position to finish out the game. If the Indians can just get four or five innings out of Tomlin in Game 6, they’ll be pleased, especially with a fresh bullpen following a day off Monday.

Meanwhile, the Cubs will look to Jake Arrieta to help keep their season alive and force a Game 7. Arrieta’s start against the Indians in Game 2 was his best of the postseason, as he struck out six, allowing just one run on two hits over 5.2 innings. The Cubs will need another stellar outing from the reigning Cy Young winner in order to stay alive in the series. Of course, most of Cleveland’s hitters hadn’t seen Arrieta before Game 2, so the Indians should be a little more familiar with him after that start and in better position to put some runs on the board.

Kyle Schwarber is likely to be the X-factor in Game 6, as he’ll be back in the lineup with the DH back in play. Schwarber made an impact in Games 1 and 2 and his presence will alter the look of Chicago’s lineup, as the Cubs will have a lot more depth. Outside of Ben Zobrist and Anthony Rizzo, the Cubs are still struggling to find consistent production from their lineup during the series, so Schwarber can be a huge addition.

Of course, the DH is a double-edged sword, as the Indians will now be able to get Carlos Santana and Mike Napoli into the lineup at the same time without having to make any defensive sacrifices. The addition of the DH also has a chance to help the Indians improve their lineup from what Francona has put on the field the last three games, so it’ll be interesting to see if one team can take advantage of that fact more than the other.

The Cubs remain betting favorites in Game 6, as they’ve been for nearly ever game this series. While they have done well to force the series back to Game 6, the Indians have been the better team during the series, and playing at home with a chance to close out the World Series is exactly what they want. Tomlin will at least be able to match whatever Arrieta does, once again allowing Cleveland’s bullpen to dominate the late innings, helping the Indians close out the World Series. Cleveland wins 4-3.