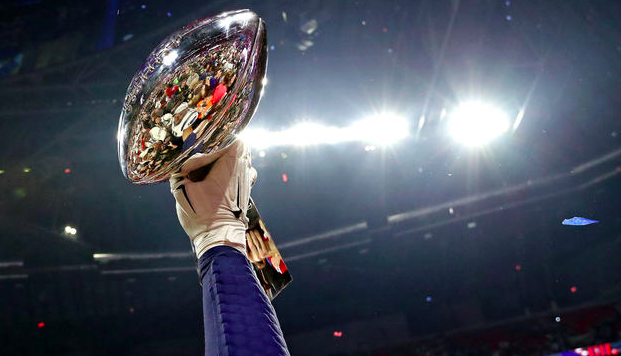 With 256 regular-season games in the books, the NFL is down to the final 12 teams that have qualified for the playoffs. While there are some clear and obvious favorites, all 12 teams have a fighting chance and no team should be ruled out of winning the whole thing. With that in mind, let’s take a look at the Super Bowl betting odds for all 12 playoff participants.

It’s no surprise that the Ravens are the favorites to win the Super Bowl. Virtually no team has been able to keep Lamar Jackson in check this season. Baltimore didn’t look half bad with Robert Griffin III running the offense in Week 17. Equally important, the Ravens have come on strong defensively late in the year, giving them all of the ingredients Super Bowl champs need.

The Chiefs shouldn’t be overlooked in the AFC even with Baltimore getting all of the praise. The Kansas City defense has been outstanding late in the year and is much-improved from last season. Meanwhile, Patrick Mahomes has all of the weapons around him he needs to take that next step and lead the Chiefs to the Super Bowl.

Despite some stumbles late in the year, the 49ers earned home-field advantage in the playoffs and are the favorites in a loaded NFC. Questions linger about Jimmy Garoppolo coming through in a big game because he’s not yet played in a game with such high stakes. But San Francisco’s defense and running game could be able to carry them a long way.

Outside of Jackson, no player has been better in December than Drew Brees. He’s playing at a high level and is surrounded by great playmakers. After the way New Orleans has been eliminated from the playoffs the last two seasons, one has to wonder if karma will finally be in their favor this year, especially with Brees potentially in his final season.

The Packers might be the most underwhelming 13-3 in league history. Green Bay has rarely won by comfortable margins, but they almost always find a way to win. Getting a bye week should help their cause, and if someone can knock off the 49ers, nobody will want to visit Lambeau Field for the NFC Championship Game, making the Packers an intriguing sleeper.

It doesn’t seem right that the Patriots have such long odds to win a Super Bowl. However, they’ve not been able to beat the top teams in the AFC during the regular season, and their Week 17 loss to the Dolphins doesn’t help. On the other hand, there’s always hope when Tom Brady is at quarterback, especially with a defense that should give New England a chance to win any game they play.

Seattle’s late-season stumble cost them the NFC West and the chance to play at home during the playoffs. The Seahawks need to win three road games to reach the Super Bowl, which won’t be easy. However, if Russell Wilson can get on track and the Seattle rushing attack comes alive, the Seahawks are a threat to beat any team they play.

Buffalo might be the biggest surprise of the 12 teams that made the playoffs. As far as winning games in the playoffs, the Bills have the kind of defense and running game that will give them a chance. However, quarterback Josh Allen remains an unproven wild card who may not measure up to the top quarterbacks in the AFC.

If Dalvin Cook is healthy, there’s no team the Vikings can’t beat. At full strength, Minnesota has a dynamic rushing attack and arguably the best wide receiver tandem in the NFL. The Vikings aren’t too bad defensively either. With back-to-back losses and three road games ahead of them, the Vikings aren’t a smart pick, but it’s far from impossible for the Vikings to finally reach a Super Bowl.

There’s no doubt that the Texans have some flaws that could get in their way. But Deshaun Watson is good enough to elevate Houston to the same level as Baltimore or Kansas City, especially if the Texans can continue to run the ball effectively and get a boost defensively from J.J. Watt’s possible return.

Somehow, the Eagles overcame all of their injuries to win four straight games down the stretch and win the NFC East. Talent-wise, Philadelphia can’t match up with the top teams in the NFC because of the injuries. But Carson Wentz is finding a way to get the job done late in the season, especially if the defense can force low-scoring games.

Obviously, little is expected of the Titans, who barely sneaked into the playoffs. However, Tennessee can run the ball effectively behind Derrick Henry and plays good defense. That will be enough to keep them in games. The Titans have also been a different team under Ryan Tannehill, so they have a little more confidence heading into the playoffs than most 9-7 teams.