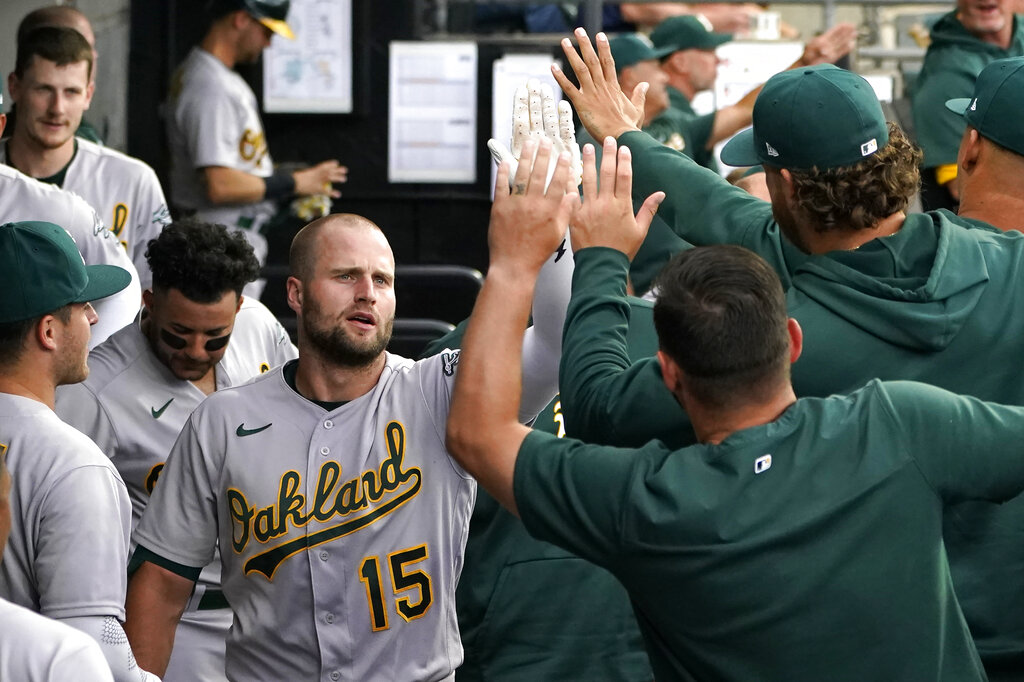 The San Francisco Giants (51-55) will try to put a stop to their current four-game losing streak when they visit the Oakland Athletics (41-66) at 7:07 PM ET Saturday. Bookmakers consider the Giants to be -225 favorites to end their skid, while the Athletics are +190 underdogs looking for the upset. Oakland has not named a starter for this contest, while San Francisco is projected to send Carlos Rodon to the mound.

Computer Predictions for Giants vs. Athletics

We have the Athletics on the moneyline at +190 on the moneyline as our best bet in this contest after looking at all of the key stats and trends for this matchup. Our computer picks see the scoring going over the total of 7.5 runs.