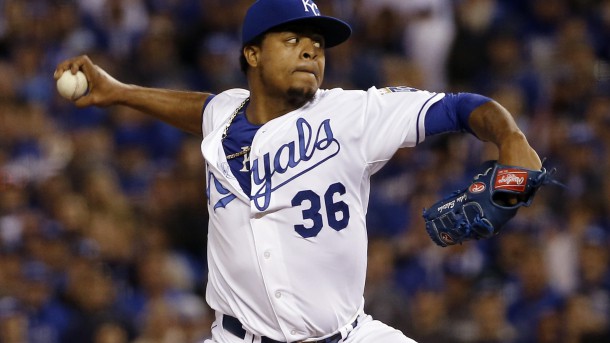 The Kansas City Royals will open up inter-league play as they play host to the Atlanta Braves Friday night to start a 3-game set. Both teams have been struggling of late, with the Royals losing 6 of their last 8 games, and the Braves dropping 6 of their last 7 games.

Atlanta will be kicking off a long road trip, as Kansas City is starting a 6-game home stand against Atlanta, then the Boston Red Sox.

The Braves will be sending right hander Julio Teheran to the mound where he’ll face-off with the Royals’ own righty, Edinson Volquez.

Julio is 0-3 in his 3 decisions this season with an ERA of 3.48 and a WHIP of 1.21. His performances haven’t been as bad as his numbers suggest, and the offense’ lack of production has greatly contributed to most of his losses.

Kansas City hasn’t exactly been heating things up at the plate, but they’re still more consistent than Atlanta’s lineup as they’ve only scored above 4 runs once in their last 11 games. Both teams will look to get back on track Friday night as they open their 3-game series in KC.