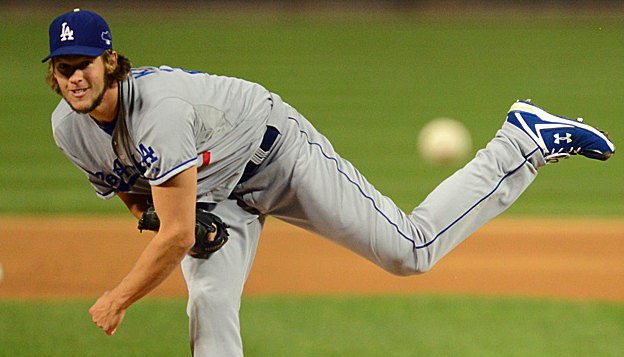 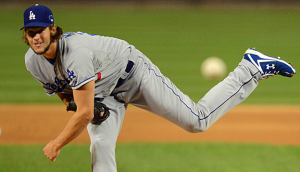 Clayton Kershaw threw off a mound on Sunday for the first time since his June 26 start against the Pittsburgh Pirates. For the Los Angeles Dodgers, Kershaw’s bullpen session was a sight for sore eyes after their ace received an epidural injection on June 29 to address a herniated disc in his back. However, the three-time Cy Young winner is still not close to returning to the starting rotation and will not be ready to come off the DL when the second half of the season gets underway.

“To see Clayton in a pen, throwing off a mound, is definitely encouraging,” manager Dave Roberts said after Kershaw’s bullpen session, during which he threw between 20 and 25 pitches. The bullpen session was the next step in Kershaw’s recovery after he played catch on flat ground earlier in the week. There is still no precise timetable for the lefty’s return, and he definitely won’t be pitching in any of the team’s first five games following the all-star break after Roberts announced his rotation coming out of the break.

The Dodgers will begin the unofficial second half on Friday with a three-game set against the Arizona Diamondbacks. Bud Norris, Brandon McCarthy, and Kenta Maeda will start those games. Norris has a 2.45 ERA in his two starts since being traded to Los Angeles; McCarthy has looked good in his first two starts since returning from Tommy John surgery; and Maeda closed out the first half in style with a 13-strikeout performance Sunday against the San Diego Padres. Lefties Scott Kazmir and Kyun-Jin Ryu will start the first two games of a series against the Washington Nationals that begins Tuesday June 19.

Roberts says that in addition to giving certain pitchers added rest, matchups played a role in dictating the second half rotation, most notably the two lefties facing the Nationals, who are led by left-hand hitters Bryce Harper and Daniel Murphy. The Dodgers manager is obviously hopeful that he’ll be able to plug in Kershaw after the other five starters each take their turn, but when asked if Kershaw would be ready to rejoin the rotation at that point, Roberts said he was “not sure.”

When Kershaw originally went to the DL, the Dodgers were a sub-.500 team in games started by pitchers other than him. However, Los Angeles is 10-4 since Kershaw’s last start, although eight of those 10 wins have come against the Padres, Rockies, and Brewers, all losing ball clubs. But with the acquisition of Norris and the return of McCarthy and Ryu from injury, the Dodgers have been able to right the ship, at least for now. Los Angeles has a somewhat comfortable lead in the wild card race, and if they can hold out for another week or two, they may soon get Kershaw back, even if it’s not as soon as they originally hoped.