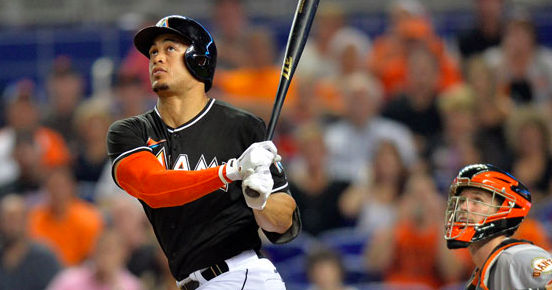 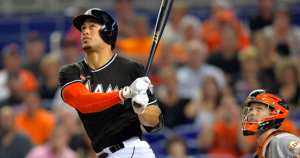 What is shaping up to be a wild and crazy race for the second wild card spot in the National League will once again be affected by injuries. While the St. Louis Cardinals and New York Mets have battled injuries all season, it’s now time for the Miami Marlins to endure missing players. After adding closer A.J. Ramos to the DL earlier in the week, the Marlins added both outfielder Giancarlo Stanton and starting pitcher Adam Conley to the 15-day DL on Sunday.

Stanton suffered a groin injury Saturday night while sliding into second base, as he attempted to stretch a single into a double in the 9th inning of Miami’s loss to the Chicago White Sox. Stanton was out on the play, making the final out of the game. As for Conley, he has been dealing with a sore left hand over his last several starts, and after allowing five runs in four innings of work against the White Sox Saturday night, the Marlins have decided to sit him down allow his hand to heal. The Marlins have brought up infielder Robert Andino and left-handed reliever Hunter Cervenka to fill the empty roster spots.

The injury to Stanton is obviously a huge blow to Miami’s offense, as he may not be back until the end of August at the earliest. This has not been Stanton’s best season by any stretch, but he has turned things up a notch since the all-star break, hitting .275 with five home runs since the break. On the season, he is hitting .244 with 25 home runs. Even if he’s not having his best season, Stanton is a constant power threat in the middle of Miami’s lineup.

With Stanton out of the lineup, Ichiro Suzuki figures to get a majority of the playing time in right field. Ichiro is hitting .319 this season as a part-time player, although he doesn’t provide much power. Also, with Ichiro in the lineup every day, Miami’s outfield depth is almost non existent. The absence of Stanton’s power is even more problematic for the Marlins with first baseman Justin Bour, a pure power hitter, also on the DL. Center fielder Marcell Ozuna is expected to hit cleanup while both Stanton and Bour are on the shelf.

The loss of Conley is also meaningful, as he’s arguably been Miami’s second best starting pitcher this season behind Jose Fernandez. Tom Koehler has stepped up as of late to give the Marlins a formidable trio with Fernandez and Conley, but rotation depth has been an issue in Miami all season. Andrew Cashner has not provided the lift the Marlins were looking for when they traded for him, and Wei-Yin Chen remains on the DL and does not appear anywhere close to returning. The Marlins have not said how they will fill Conley’s spot in the rotation in five days time, but there are few attractive options.

At the moment, the Marlins are a half game behind the Cardinals for the second wild card spot, with the Mets and Pittsburgh Pirates not far behind. Miami losing one of its best hitters and one of its best starting pitchers, even if both miss the minimum of 15 days, could have a profound affect on the wild card race. There isn’t much to separate the four teams battling for that final playoff spot, and the injuries to Stanton and Conley could swing the pendulum away from the Marlins heading down the stretch.