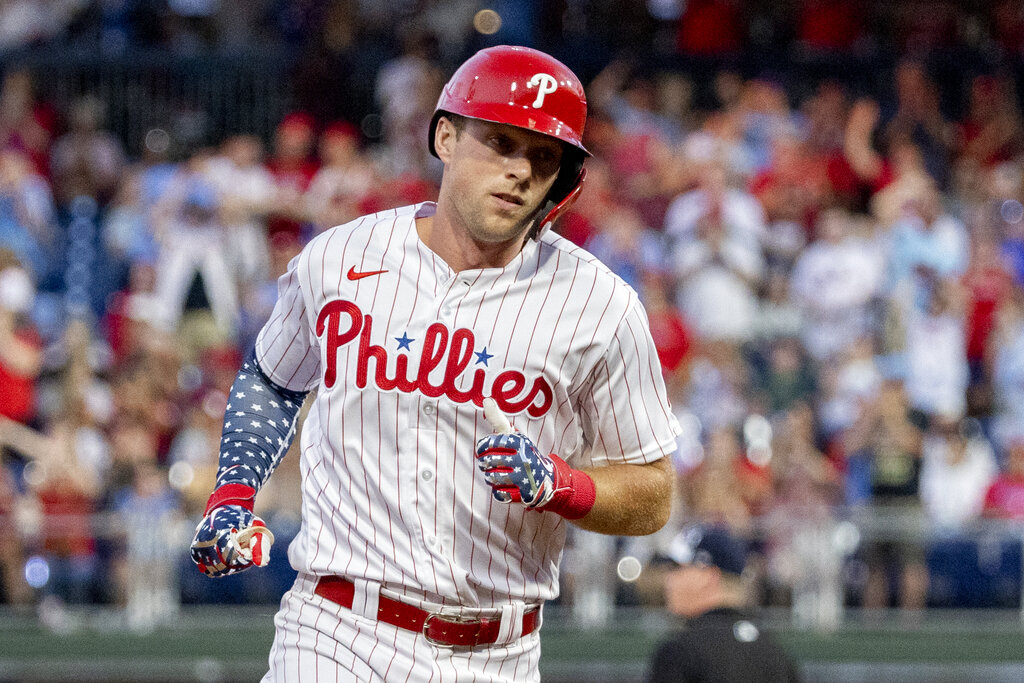 The Philadelphia Phillies (46-43) will look to Bryson Stott, with homers in two straight games, to pull off an upset win over the Miami Marlins (43-45) Friday at loanDepot park. The Marlins are -158 moneyline favorites for the game, which starts at 6:40 PM ET. Miami’s Sandy Alcantara and Philadelphia’s Kyle Gibson have been named the starters for this contest.

Computer Predictions for Marlins vs. Phillies

Our best bet is the Phillies on the moneyline at +136 after digging through all of the key stats and trends for this matchup. Our computer projects the scoring will over the total of 7 runs.

Our computer pick: Philadelphia Phillies (+136) and Over (7)