Miami Marlins To Be Creative in Acquiring Starting Pitching This Winter 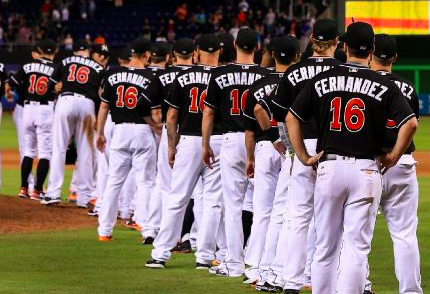 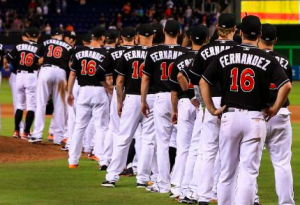 Heading into the offseason, the Miami Marlins are going to prioritize starting pitching. If everyone stays healthy, the eight position players in their starting lineup could be largely the same in 2017 as they were in 2016 on the rare occasion that everyone was available, and that’s not a bad thing. However, the Marlins have a profound need for quality starting pitchers, particularly after the tragic loss of ace Jose Fernandez.

Miami doesn’t appear to have the money to pursue the top starters on the free agent market. This means the Marlins may need to get creative when it comes to acquiring pitchers this winter, even if it means trading one of their eight position players projected to be in the starting lineup on opening day.

A recent report in the Miami Herald indicates that the team views outfielders Giancarlo Stanton and Christian Yelich, as well as catcher J.T. Realmuto as players who will not be traded under any circumstances. Stanton is an obvious choice, as he is the face of the franchise and an impact player in the middle of Miami’s lineup. The money on his contract and his no-trade clause also make him difficult to trade, even if the Marlins wanted to. Meanwhile, Yelich is an important part of Miami’s future after a breakout season in 2016, and the same can be said about Realmuto, who the Marlins believe will continue to improve in the years to come.

At the top of the list of players the Marlins would like to trade for starting pitching are Derek Dietrich and Adeiny Hechavarria. Despite being a top-notch defensive shortstop, Hechavarria has not developed as Miami would have hoped offensively and actually took a huge step backwards in 2016. Of course, with so many teams in the big leagues with young shortstops at or near the big leagues, his trade value may not be that great, and demand for him could be quite low.

Dietrich, on the other hand, could be a different story. He doesn’t have an every day role in Miami’s lineup, but the Marlins believe he’s good enough to be an every day big leaguer at second base, and his work as a utility player has increased his versatility. However, whether he would be valued as an every day player in a trade remains to be seen.

If the Marlins expect to trade for a quality starting pitcher, they may need to resort to trading either Dee Gordon or Marcell Ozuna. Gordon’s value is down after a problematic season that included a suspension for PED use, so he may not be as valuable in a trade as the Marlins think. However, he is a former batting champ who signed a rather team-friendly contract earlier this year. The Marlins also have a replacement at second base for him in Dietrich.

Ozuna may actually be Miami’s best bet if they need to trade one of their regulars. There has been tension between him and the Marlins in the past after he was demoted to the minors in 2015. The Marlins had a few teams interested in him last offseason, but did not end up trading him. Ozuna’s value is higher this offseason after he was able to bounce back, hitting 23 home runs and 23 doubles. At age 25, and with three years left before free agency, Ozuna is definitely an intriguing trade chip.

What the Marlins will end up doing remains unclear at this point, but they would certainly love to acquire a front-of-the-rotation starter who could be paired with Adam Conley to lead the team’s pitching staff for the foreseeable future. However, to make that happen, it seems like the Marlins may have to trade away one or more of their core position players. Thus, Miami is keeping its options open this winter with regard to finding the caliber of pitching it needs to compete in the NL East.