No one expected the Minnesota Vikings to be undefeated going into Week Seven’s game against the Philadelphia Eagles. Losing Teddy Bridgewater and Adrian Peterson should have meant the end of their season, but that has not been the case at all. Between getting enough offense out of Sam Bradford and stellar defensive play, the Vikings entered Sunday’s game as the lone undefeated team in the NFL—and they had the Eagles to thank for it.

Had the Eagles not traded their starting quarterback, Sam Bradford, to them, the Vikings would be competing with the Browns for the No. 1 pick in the next draft. But could he do enough against his former team to help his current team remain undefeated?

As it turns out—no.

Instead, the Vikings were reminded that their offensive line is terrible and it is hard to win games when your running game is non-existant, and your quarterback is busy running for his life.

The Minnesota running game was suffering even before Adrian Peterson was lost for the season, but has only gotten worse since. Matt Asiata tied his season high with 55 yards on 12 carries with Jerick McKinnon adding another 43 on 11 carries.

But the Vikings had learned how to live without much of a run game in recent weeks. However, in those games, Sam Bradford had time to throw. In the four games that he has started, Bradford had only been sacked eight times and had been hit just 27 times. The Eagles got to him six times and recorded 12 QB hits.

Minnesota’s defense tried to pick up the slack for the offense. They tried to make life hard on Wentz, but were unable to sack him and only recorded a pair of hits. Wentz still didn’t have a very good day (16-28, 138 yards, one touchdown, two interceptions) (ESPN).

Neither offense played well. In fact, at one point it almost appeared as if the teams were trying to help the other win. After combining for only three turnovers in their first ten games, they combined for eight in this one—with five coming on consecutive drives in the first half!

Sloppy? Absolutely. Ugly? It was the very definition of ugly football.

In the end, the Eagles played enough good football in the second half to win the game. After scoring their only touchdown of the first half on a kick return by Josh Huff, they scored a touchdown on their opening possession of the second half after a nine play, 77-yard drive.

Minnesota tried to answer it with a good drive of their own, but turned it over on downs after failing to convert on third and one and fourth and one. For some reason, they attempted a pair of running plays even though they’ve struggled to run the ball all year. Why not put the ball in the hands of the guy you gave up a first round pick for? 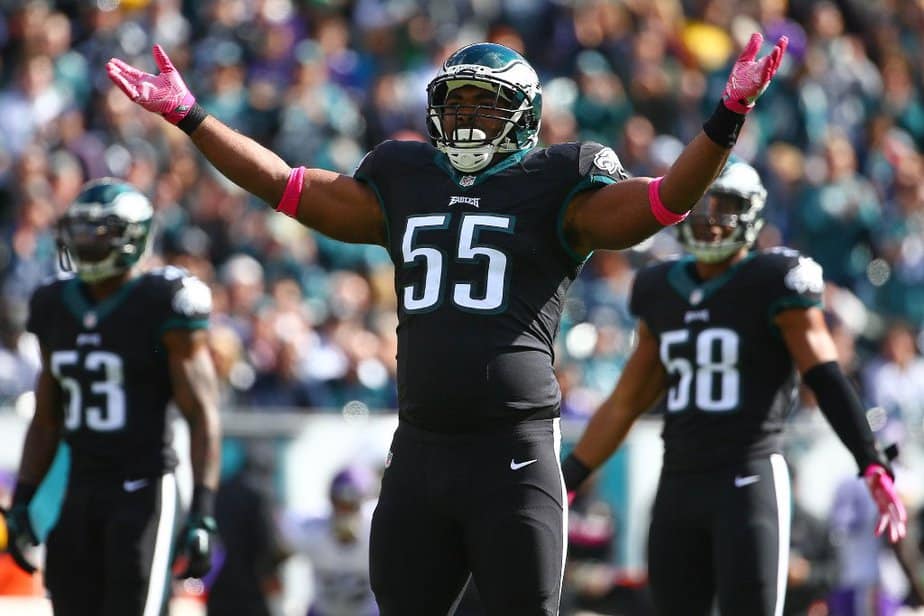 Instead, the Vikings turned the ball over on downs. The defense held and forced a three and out, but then the Vikings gave the ball right back by fumbling the return.

Along with the injuries to Bridgewater and Peterson, the Vikings have battled injuries on the offensive line as well. It was only a matter of time before the injuries would catch up with them. Some will also say it was only a question of time before the real Sam Bradford would stand up as well (four fumbles, two lost; one interception). The question now is whether the can recover from this loss, correct the mistakes and get back on track.

The win keeps the Eagles in the thick of the NFC East division race with a crucial game against the Dallas Cowboys coming up next Sunday night. The Vikings will have to get their heads back on straight before facing off with the Bears Monday night.