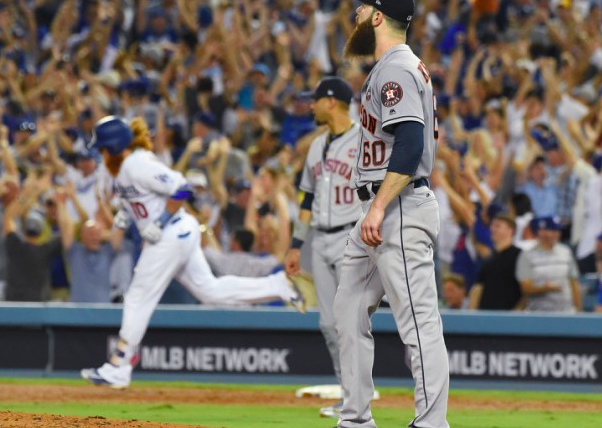 Major League Baseball is considering a significant change to its playoff format. According to a report published Monday by the New York Post, Commissioner Rob Manfred and company and mulling over an idea that would put 14 of the 30 teams into the playoffs, give teams a bye to the Divisional Round, and allow some teams to pick their first opponent on live TV. Nothing is official at the moment, but these changes could be implemented as early as the 2022 season.

The first change would be expanding the playoff field from 10 teams to 14 teams. In each league, the three division winners would qualify for the postseason, as would the four best Wild Card teams, putting seven teams from each league into the playoffs. The team with the top record in each league would receive a free pass to the Divisional Round while the six remaining teams would battle it out in the Wild Card Round.

To put this in context, if these rules were in play last season, the Astros would have received a bye straight to the ALDS. That would have left the Yankees to choose the Rays, Red Sox, or Indians to face in a three-game series. The Twins would then get the next choice of the remaining teams, with Oakland playing the remaining team.

On the surface, such changes sound a little crazy. However, there is a clear method to the madness. For starters, it would keep 14 fanbases engaged during the postseason rather than just 10. It would also take away the winner-take-all scenario of the current Wild Card Game, giving postseason teams at least two games.

These changes could also lead to more competition during the regular season. With seven playoff spots available in each league, teams might become less likely to sell off all of their assets and rebuild from scratch. In theory, even some of the worst teams in baseball could be a few offseason moves away from competing for one of the four Wild Card spots. Moreover, it would increase the number of teams playing competitive games in September while also adding incentive for teams to win their division, finish with the best record in their league, or finish atop the Wild Card standings.

As mentioned, nothing is set in stone just yet. There’s no word on how these potential changes could have an effect on the length of the regular season or other changes that might be made. However, it’s certainly another example of Manfred and MLB trying to think outside the box. There is surely bound to be some backlash from baseball purists who will resist such changes. Nevertheless, this is an intriguing idea that would undoubtedly change the way MLB teams approach the postseason race.