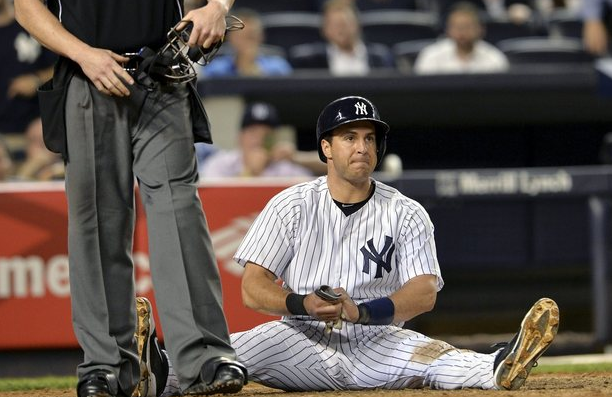 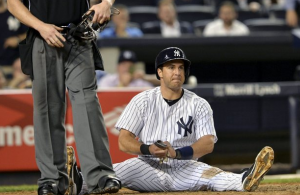 All eyes are on the New York Yankees with the non-waiver trade deadline less than two weeks away to see if the Bronx Bombers will actually become sellers. If the Yankees do end up being sellers, players like Carlos Beltran and Aroldis Chapman are likely to be sent elsewhere; however, the moves may not stop there. Jon Heyman is reporting that the Yankees have had internal discussions about the possibility of the team releasing both Mark Teixeira and Alex Rodriguez in addition to trading pieces for young talent.

The release of Teixeira and Rodriguez, coupled with the trade of Beltran and others, would represent an obvious changing of the guard for the Yankees and a sign that the organization wants to get younger and free itself of the aging players that have played key roles on the team in recent years. A trade of either is unlikely, as both players have a full no-trade clause, and the market for each would be limited, even if the Yankees pick up most or all of their remaining salary, which the team would have to do anyway if the players were released.

Teixeira is set to be a free agent after the season, and with few options at first base there would be little harm in allowing him to play out the season. Of course, if the Yankees were to acquire a young first baseman in a trade, they may prefer to play him over the veteran. It may also be better for the Yankees to put Teixeira out of his misery after such a trying and injury-plagued season. The switch-hitting first baseman is hitting just .185 this season. When asked about the possibility of being released, Teixeira said “I can’t answer that.”

If the Yankees were to cut Rodriguez, they would have to swallow the $20 million he’s due to make next season before his contract finally expires. He’s hit .210 this season and seen a drastic reduction in playing time, especially against right-handed pitchers. Rodriguez did put together a productive season in 2015, so the possibility of a bounce back year in his final season in 2017 could be enough for the Yankees to keep him. At the same time, releasing Rodriguez could offer the organization a huge sigh of relief from the headaches and controversy that have surrounded him during his time in New York, even if they still have to pay his salary next year.

When asked about his status with team, Rodriguez said Thursday: “All I’m worried about is winning tonight. I feel good about the team. The beauty of today’s game is a lot of teams feel they can be in the playoffs. I feel we’re one of them that can.”

Unless the Yankees can win every game between now and the trade deadline on August 1, it seems unlikely they will become a relevant part of the playoff picture, possibly forcing such a stubborn organization to admit defeat and become sellers. If that ends up being the case and players like Beltran, Chapman, and others are traded, it’ll be interesting to see if Teixeira and Rodriguez are also given the title of being “ex-Yankees.”