The Orlando Magic nation was expecting the play-offs to knock on the Amway Center doors, but only things that came to Orlando were the new coaches. Ever since of February of last year, the Orlando Magic have had 4 coaching changes. All of them had a plan, a vision how on to finally reach the playoffs, but the only thing they left behind was the inconsistency and confused players who were trying to adjust to the new system of the latest coach. 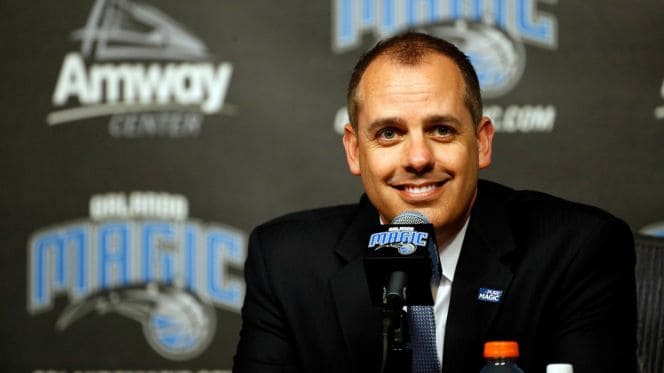 The Orlando Magic have hit it right this time, signing Frank Vogel as the new head Coach!!!

The beginning of the last season was very optimistic, but ended up with Orlando finishing 11th in the Eastern Conference. The final regular season record 35-47 surely isn’t what Orlando fans were expecting, as they missed the playoffs for a fourth straight year. The poor teams’ performances resulted with the sacking of Coach Scott Skiles, and replacing him with the new head coach Frank Vogel, who just ended his stunt with the Indiana Pacers. The more I think about it, the more it’s starting to make sense and I believe that this latest coaching change will do well for the Orlando Magic.

Looking forward, Orlando doesn’t promise much for this season either. Although the roster was slightly improved, there is still a lot of inconsistency on the team. What worries Orlando fans the most is the trade politics of the team. They traded draft pick (Domantas Sabonis) along with Victor Oladipo and Ersan Ilyasova only to get Serge Ibaka in return. Furthermore, they cashed out big time to sign Bismack Biyombo from the Toronto Raptors, bench players Jeff Green and D.J. Augustin. This makes no sense, considering that they already have the younger Evan Fournier, Elfrid Payton and Aaron Gordon at disposal. 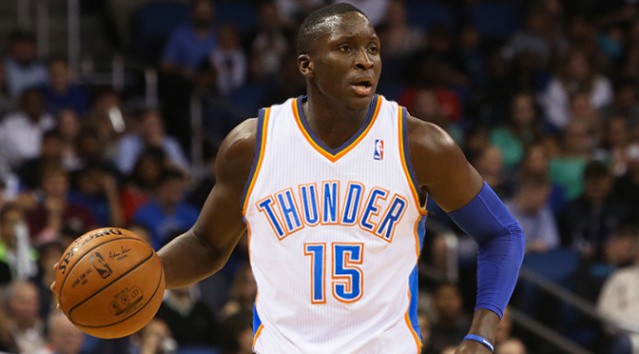 Many believe that Oladipo should have stayed in Orlando!!!

Knowing that they have traded Tobias Harris to the Detroit Pistons for Brandon Jennings and Ersan Ilyasova last year, and now that Jennings, Ilyasova and Oladipo are all gone, and all they got in return is Serge Ibaka, a player who is far from his peak performance and who could become a free agent next year, really makes me wonder, what the heck were they thinking about!!!

But hey, who am I to judge a team who decided to overhaul the frontcourt and rely only on Payton to do „Magic“ in the backcourt, right!!! 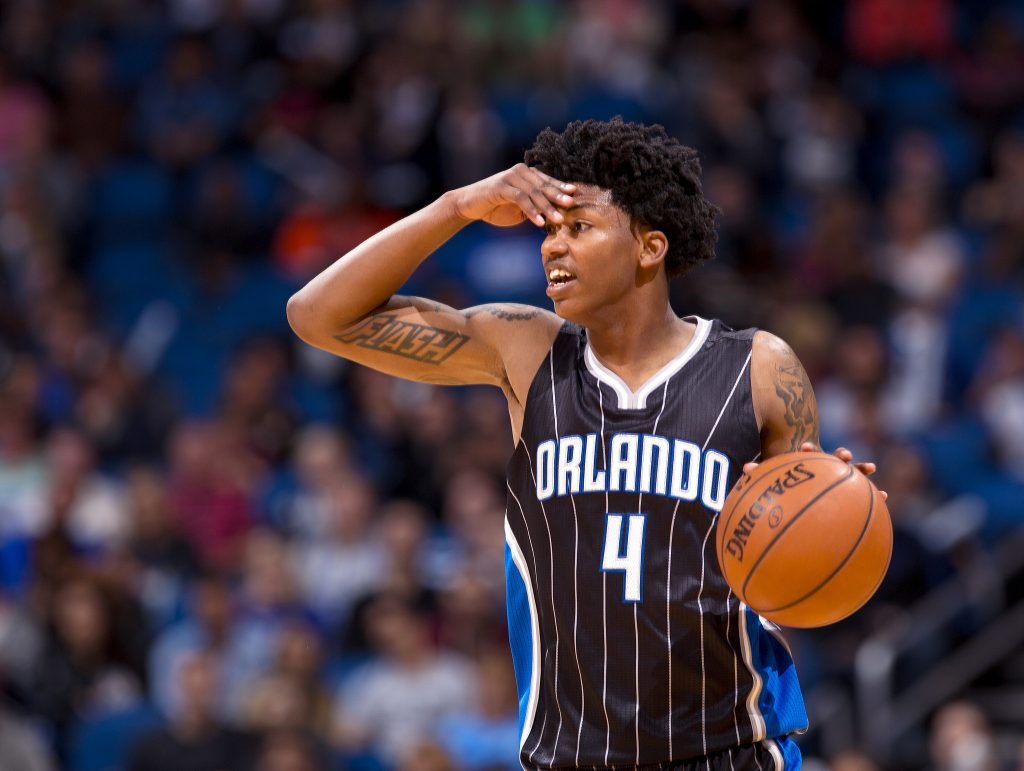 Elfrid Payton will finaly get the chance to prove his worth and become the leader of the team!!!

Since I have already mentioned Payton, he is expected to have more freedom definitely, now that Oladipo and Jennings are both gone, but the question is if he will be able to use that freedom. Somehow, I still believe that Payton has not reached that level to become a starting PG and a leader of a group. Entering his third NBA season, Payton needs to step up big time and improve his shooting percentages, especially from the 3-point line (33%) and the free-throw line (only 59%). For a guy who started 69 games last season, he needs to up his game and his numbers in this season. If he can improve his numbers offensively, Payton could become a solid players on both sides of the floor.

The one guy that is definitely going to show up big every single night is Nikola Vucevic, who exploded ever since Dwight Howard left the team. Last season he was putting up solid numbers as he averaged 18.2 points per game, 8.5 rebounds and 1.1 blocks per game. The only concern about him is if he can manage to stay healthy, but with the addition of Ibaka and Biyombo, who are good enough to take a certain load off from Vucevic defensively, the Magic will be able to afford to rest Vucevic more and avoid potential injuries. 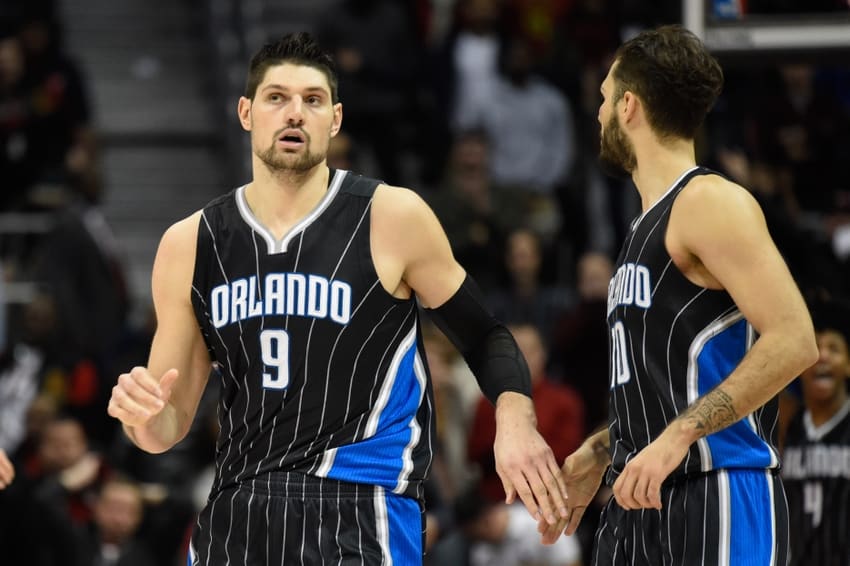 Nikola Vucevic has been magnificent for the Magic, ever since Howard left the team!!!

From other players, I expect a much bigger contribution from Mario Hezonja, who has shown a couple of times that he can shoot the lights out, and that his energetic play can be very useful at times. Jeff Green is a solid and reliable player that will come off the bench, while Aaron Gordon will continue to do his thing as I consider him the most consistent guy on the team.

The addition of Frank Vogel indicates that the Magic will see a significant improvement defensively, as he is known for implementing a great defensive mindset into his teams. This perception agrees with the additions of Ibaka and Biyombo, who are both great rim protectors, something Nikola Vucevic has have struggled with.

With a busy off-season behind the Orlando Magic, and the season opener against the Miami Heat at the door step, the play-off hopes are still big, but many things need to come together for that to happen. First off, Payton needs to improve his shooting and his leadership on the offensive end, taking more shoots (and making them). Furthermore, Vucevic needs to stay healthy, while Ibaka has to find his best form, stay away from the 3-point line (leave the 3-point shooting to Hezonja) and do more things inside the paint. Bismack Biyombo has to grab more than 10 rebounds per game (this is a must). 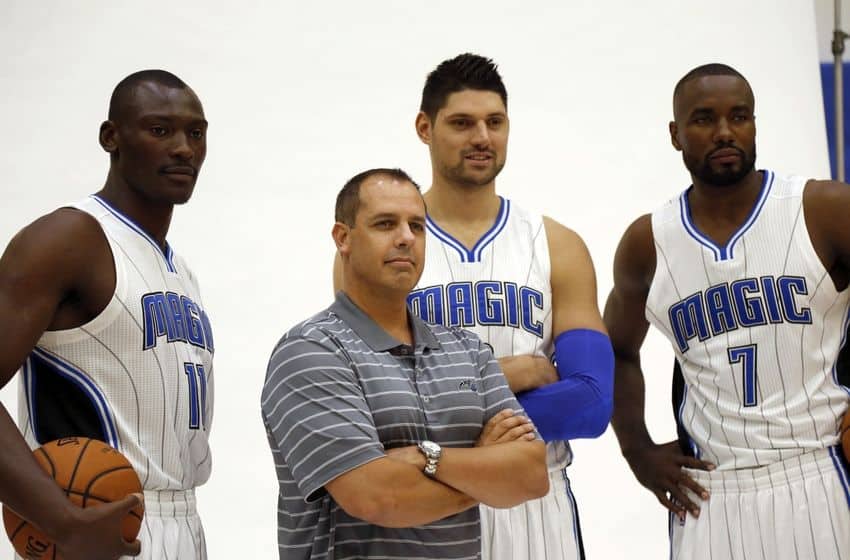 Yeah I know that I have listed too many things, but it is just the reality that needs to happen if the Orlando Magic want to make the play-offs. However, the more realistic scenario is that somewhere in the midst of the season, the young team will realize that they are still not ready to make the next step and things will start to slowly fall apart. I just don’t see this team winning more than 35-40 games and making the playoffs, at least not this season. The group will be solid if they stick together for couple more seasons, but the upcoming season is simply not play-off bound for the city of Orlando!!!