Papelbon to DL, Nationals Have Uncertainty in Closer’s Role 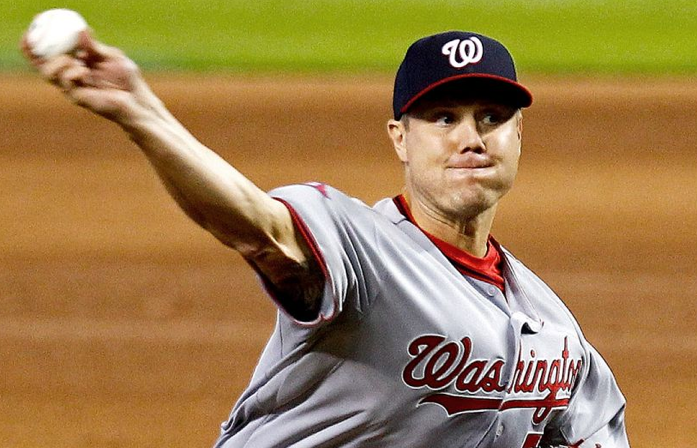 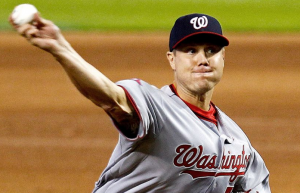 A small wrench has been thrown into what has otherwise been a successful season up to this point for the Washington Nationals. On Tuesday, the Nationals announced that closer Jonathan Papelbon has been placed on the 15-day DL with an intercostal strain. Manager Dusty Baker says there is no firm plan in place for how the bullpen will be organized without their closer.

Papelbon suffered the muscle strain while warming up during Sunday’s game against the Philadelphia Phillies. He entered the game and gave up the go-ahead run on a home run to Maikel Franco, but got the win after the Nationals rallied to re-take the lead. After giving up the home run to Franco, Papelbon retired the next three batters he faced.

Papelbon was unavailable on Monday, forcing the Nationals to get the final five outs of their win against the Chicago Cubs from Shawn Kelley. On Tuesday, the team decided to place Papelbon on the DL. It is the first time he’s gone to the DL in his 12-year career.

“I’ve taken a lot of pride on never being on the disabled list,” said Papelbon Tuesday. “If it was up to me, I would probably run back out there as soon as I could. But I think this is a smart decision. And sleeping on it last night, after listening to what [Nationals GM] Mike Rizzo told me, it was a smart decision. It’s not about the outcome right now, it’s about the end outcome, and I want to be healthy and strong towards the end of the season.”

The Nationals believe that the injury is minor, but intercostal strains can be quite tricky. There’s a chance that he’ll be able to return as soon as he’s eligible to come off the 15-day DL, but it’s also easy to aggravate the injury by coming back too soon, which could cost Papelbon several weeks, or even months. Losing their closer for an extended period of time is not something the Nationals want to risk at the moment, as they hold a five-game lead atop the NL East and have managed to remain relatively health this season.

Baker does not know how he will assign bullpen roles without Papelbon available for at least two weeks. He said the situation is similar to the end of spring training when few of Washington’s relievers had defined roles. Baker has implied that who closes out games will likely come down to matchups.

Kelley may be first in line to assume the closer’s duties, as he has five career saves, the most of anyone the Nationals have outside of Papelbon. Yusmeiro Petit and Blake Treinen may also be called upon to take on more prominent roles. Of course, with matchups being important, Baker may call on lefties Felipe Rivero and Oliver Perez to save a game under the right circumstances. Either way, Washington’s bullpen figures to get tested without Papelbon to rely on at the end of games.