It was a busy weekend in the NBA—and it should have been. With the NBA Draft coming up, teams should be busy doing whatever homework still needs to be done on guys they may pick. PR guys need to be putting the right spin on whatever needs to be spun. Deals—if they are going to be struck—should be struck.

Sure enough—one deal was made and it could have a significant impact on the competitive balance in the Eastern Conference. But it wasn’t the only thing that stands to affect the East. Some news on Paul George broke that is going to have an impact as well.

To some, the notion of a competitive balance in the NBA is ludicrous. There is the Golden State Warriors, Cleveland Cavaliers, and maybe the San Antonio Spurs—and everyone one else.

The Western Conference was top-heavy last season, but the Eastern Conference wasn’t too bad. Three teams won 50+ games (Boston Celtics, Cleveland Cavaliers, and Toronto Raptors) and another won 49 (Washington Wizards). While the Indiana Pacers needed a late-season push to make the playoffs and were ultimately swept by the Cavaliers, they didn’t make it easy for the Cavs.

Every team is ultimately gunning for the Warriors, but those in the East will have to set their sights on Cleveland first. Boston is already competitive and looked to become even more so with the first pick in the coming draft. But thanks to another crafty trade by Danny Ainge, they will still become more competitive next season—and then some.

The news broke Friday night that the Celtics and Philadelphia 76ers were engaging in serious trade talks for the No. 1 pick. Philadelphia had the No. 3 pick so they must have wanted someone—Markelle Fultz—really bad.

According to the rumor mill, that is who the Celtics would have taken even though they don’t need him. But the 76ers could use a point guard like Fultz. The Celtics can still get a quality playmaker with the No. 3 pick—and now they have an additional first round pick, either a lottery pick from the Lakers next year or Sacramento’s 2019 pick.

Boston already has a pretty good team, but tack on a lottery pick this season and probably another one next season, and they stand to be better than ‘pretty good.’

Philadelphia has been collecting young talent for the last few years, and if some of the talents can be healthy enough to play next season (Joel Embiid, Ben Simmons) maybe they can make some noise, too. They were tough with a healthy Embiid in the lineup. If Simmons and Fultz can live up to the hype—look out Eastern Conference.

Thanks For Nothing, Paul George 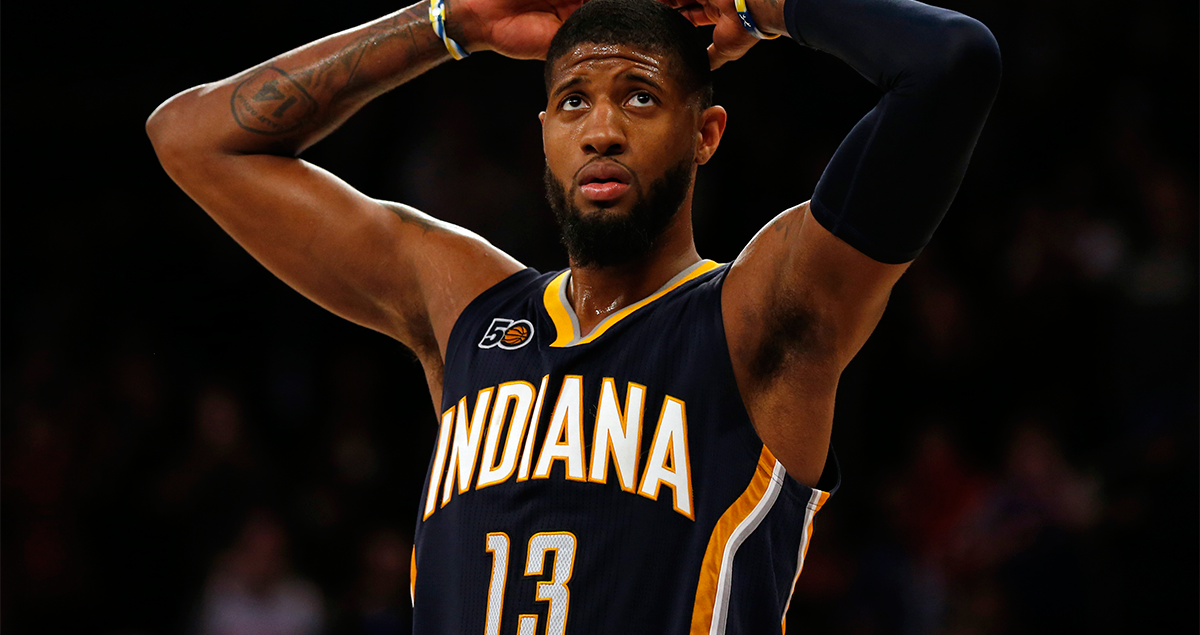 Optimistic people probably think Paul George did the Indiana Pacers a favor by telling them he would not be resigning with the team following next season. They probably think he was being a nice boy that didn’t want to lead the Pacers on. He wanted to give them a chance to concentrate on acquiring someone else.

Those of us in the real world will take this move for what it is—he screwed the team over. George could have gone to the team, told them he will not resign with the team, and then ask to be traded to a team he approves. That way, the Pacers can get something for their biggest star rather than be forced to watch him walk away.

Maybe they still can. If there is a team that doesn’t mind giving up picks or a player of value to have George on their roster for one season, maybe there is still a trade to be made. But chances are good no one will be interested.

But how can they be sure he will not sign an extension with someone else? Easy—because there have been plenty of rumors George wants to go to the Lakers, his hometown team.

So—why not just trade him to the Lakers? Also, easy—because the Lakers are not going to give up anything for a guy they know they can get as soon as he becomes a free agent. To do so would be foolish.

Indiana wasn’t a great team last season, but they proved there is potential on the roster against Cleveland. Yes, even though they were swept. But without George… Well, the Pacers will need to acquire someone if they want to at least stay in the middle of the pack.