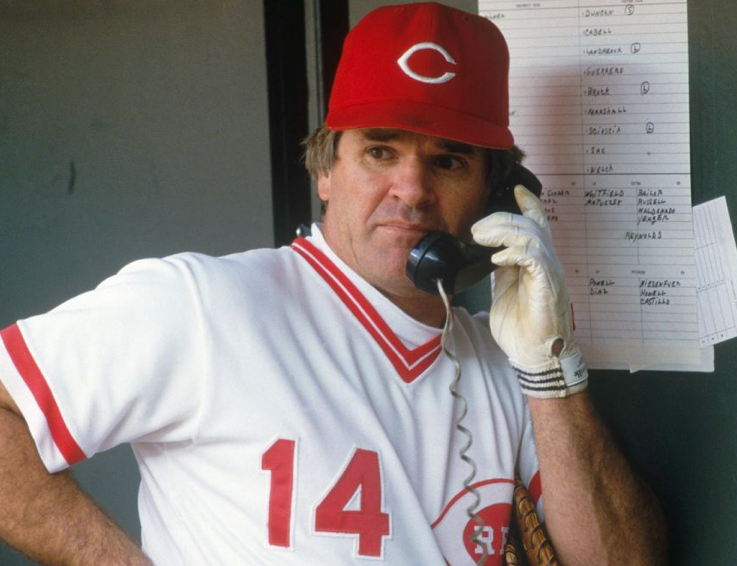 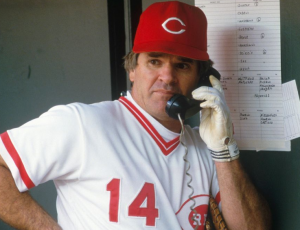 Saturday night may be the closest Pete Rose will ever get to a Hall of Fame ceremony. The Cincinnati Reds are rolling out the red carpet for Rose this weekend in a series of ceremonies that will include him entering the team’s Hall of Fame and having his no. 14 retired in Cincinnati, despite the fact that Rose is still banned from baseball for gambling. The Reds are doing all of this with special permission from MLB Commissioner Rob Manfred.

“This will be the ultimate thing to happen to me so far in my baseball career,” Rose said Friday. “I tell people you should put it on your bucket list to go to the Reds’ Hall of Fame, and I’m happy to be in there. It seems like everybody I played with is in there, so they might as well put me in there, too.”

The weekend to honor Rose got started on Friday night, as the Reds reunited 20 members of the Big Red Machine, marking the 40th anniversary of the Reds winning their second of back-to-back world championships in 1975 and 1976. Baseball legends and former Reds Johnny Bench, Tony Perez, and Ken Griffey Sr. were among those in attendance, standing beside Rose.

Each player from the Big Red Machine was introduced to the crowd at Great American Ballpark Friday night, including Rose, although he did not address the crowd. That will wait until Saturday’s ceremony when Rose officially becomes a member of the Reds Hall of Fame. Nearly two dozen members of the team’s Hall of Fame will be in attendance.

There are even more festivities planned for Sunday, when Rose will have his number officially retired by the Reds. Bench, Perez, Barry Larkin, and David Concepcion will all be among those in attendance; all four have had their numbers retired by the Reds. The only player to wear Rose’s no. 14 in Cincinnati since he retired is his son, Pete Rose Jr.

Bench commented on Friday that Rose being honored by the Reds was “a long time coming.” The Hall of Fame catcher also spoke about Rose’s absence from Cooperstown due to his lifetime ban from baseball, saying, “I think, hopefully it will motivate him even more in better ways, and we can get this all behind us after how many years? And we’re still asking the questions.”

At the moment, it doesn’t look like Manfred is going to lift the ban on Rose and let him into baseball’s Hall of Fame any time soon. But if nothing else, Rose will be able to enjoy one Hall of Fame induction ceremony, as he becomes immortalized in Reds history Saturday night.