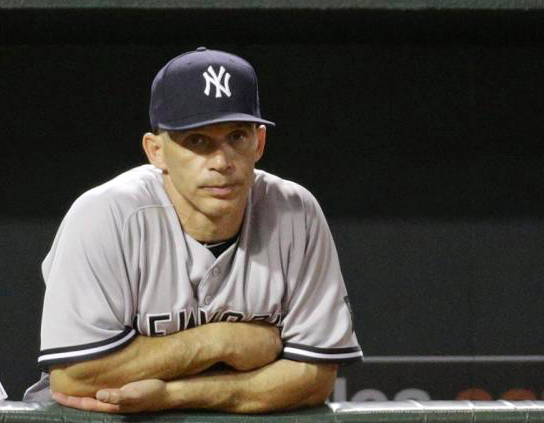 The Philadelphia Phillies are the latest team to fill their managerial vacancy. On Thursday, the team announced that Joe Girardi has been hired to replace Gape Kapler as the team’s skipper. Girardi was one of the most coveted managers on the market, as he was also interviewed by the Mets and the Cubs. But it appears he was Philadelphia’s first choice for the job while the Phillies were an organization that Girardi wanted to join, signing a three-year contract with a team option for the 2023 season.

“On behalf of everyone at the Phillies, I want to congratulate Joe and welcome him to our baseball family,” said Phillies GM Matt Klentak. “Joe brings high character and a tremendous work ethic to his position, and he is a proven winner. I look forward to working with him and I believe that he is the right manager to lead our team to the next level.”

Girardi has spent the last two seasons out of baseball after he parted ways with the New York Yankees when his contract expired following the 2017 season. He spent 10 seasons managing the Yankees, taking them to the playoffs six times and winning the World Series in 2009. Girardi also had a one-year stint as manager of the Marlins in 2006. During his two-year hiatus, Girardi has worked as a baseball analyst on TV and was in line to manage Team USA at the 2020 Olympics before stepping down to pursue opportunities to become a major league manager again.

“I’m excited for this next chapter of my career,” Girardi said of his new job. “The Phillies have a strong commitment to winning from the owners to the front office to the players to the fans. It’s something that I’ve seen up close for the last 30 years of my baseball career. I played against the great Phillies players of the early ’90s — from Dutch Daulton to John Kruk to Dave Hollins — and I managed against their teams during the incredible run they had from 2008 to 2011. To have my name now associated with this great franchise is something that I couldn’t be happier about.”

The 55-year-old Girardi is taking over a franchise that will be expected to compete right away. The Phillies made several major moves last winter, signing Bryce Harper to a 13-year deal and trading for both J.T. Realmuto and Jean Segura. However, they fell well short of their high hopes in 2019, finishing fourth in the NL East at 81-81, prompting Kapler to be fired after two years on the job.

It’s now up to Girardi to turn that same team into a World Series contender. The Phillies are banking that Girardi’s experience managing winning ball clubs will pay dividends in what figures to be one of the most competitive divisions in baseball next season. The only other candidates the Phillies interviewed were Buck Showalter and Dusty, who are also experience big league managers. Clearly, the Phillies coveted experience in their new manager and are getting plenty of hiring Girardi.

Naturally, only time will tell if Girardi will be a success in Philadelphia. The Phillies have three teams to leapfrog in the NL East and still have a ways to go to become one of the elite teams in the National League. However, outside of Joe Maddon, who recently agreed to manage the Angels, Girardi was arguably the best candidate on the managerial market this winter. The Phillies knew they wanted him and didn’t hesitate in going after him, making this hire Philadelphia’s first win of the 2020 season.