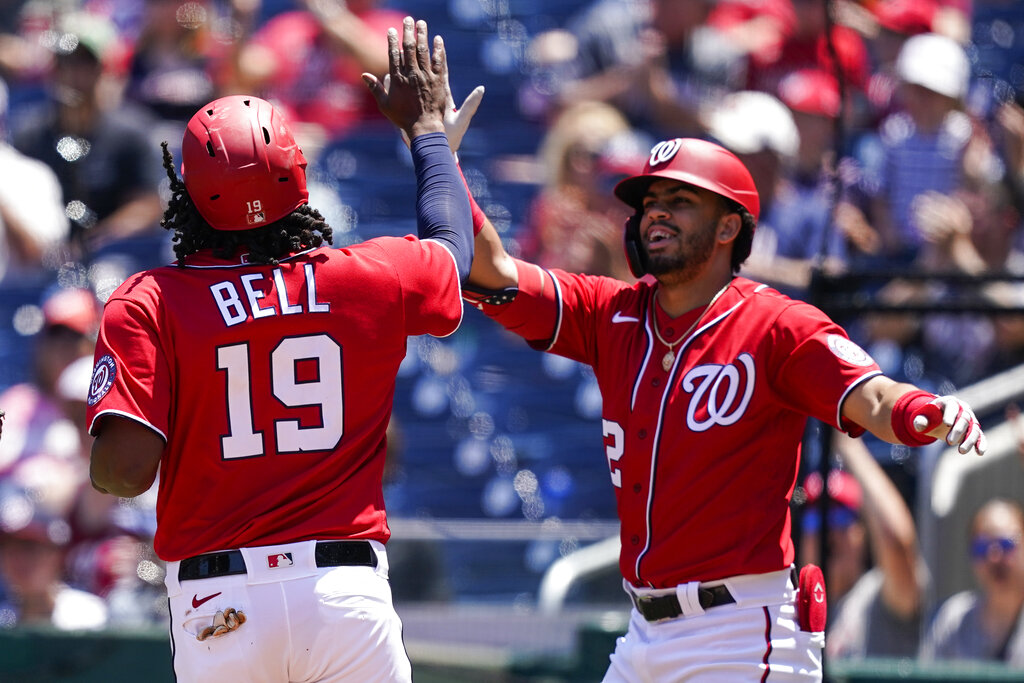 Following a two-homer game last time out, Kyle Schwarber leads the Philadelphia Phillies (43-38) into action as -224 favorites against the Washington Nationals (29-54). First pitch from Citizens Bank Park at 7:05 PM ET on Wednesday. Aaron Nola will get the ball for Philadelphia while Washington counter with Josiah Gray.

Computer Predictions for Phillies vs. Nationals

We have the Nationals on the moneyline at +185 on the moneyline as our best bet in this game after looking at all of the key trends and stats for this matchup. Our computer picks see the scoring going over the total of 8 runs.