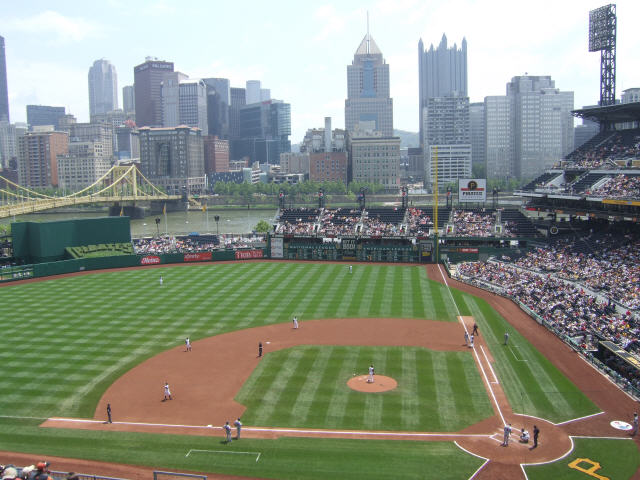 It’s the fifth stadium that the Pittsburgh Pirates have called home in Pittsburgh since arriving in the city.

The stadium was designed in a similar old-style to that of Orioles Park at Camden Yards, like so many other parks have tried to do so. Many consider Pittsburgh’s PNC Park to be one of the few to pull it off as well as the Baltimore Orioles’ home stadium.

The stadium seats 38,362 fans for baseball games and features a natural grass field of Tuckahoe Bluegrass.

• PNC Park was built in under two years with ground being broken on the site on April 7, 1999 and the park officially opening on March 31, 2001.

• The Pirates’ most recent previous stadium, Three Rivers Stadium, had to be demolished to make room for the new site as the new stadium opened in time for the 2001 MLB season.

• The first MLB game was played at the park was an exhibition between the CIncinnati Reds and the Pittsburgh Pirates on April 9, 2001 with the Reds winning the game by a score of 8-2.