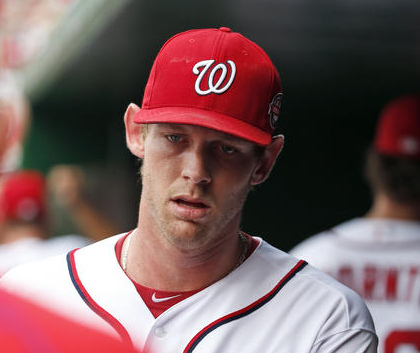 Posted on September 7, 2016 by Bryan Zarpentine 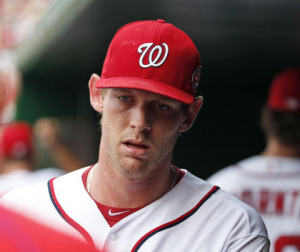 The Washington Nationals confirmed Tuesday night that Stephen Strasburg would be activated from the DL on Wednesday, allowing him to start for the Nats Wednesday night against the Atlanta Braves. Strasburg hasn’t pitched since August 17 when he allowed nine runs in 1.2 innings against the Colorado Rockies. Washington placed him on the DL with elbow soreness when Strasburg was unable to make his next start, leading some to worry that the injury could be potentially serious. However, Strasburg will end up spending just 16 days on the DL before being activated on Wednesday.

The Nationals did not have Strasburg make a minor league rehab start, as he’s been throwing bullpen sessions regularly while on the DL, indicating the team simply wanted him to get extra rest before the stretch run. By early August, Strasburg had amassed a 15-1 record to go along with a 2.63 ERA. However, Strasburg struggled in his three most recent starts, culminating in his disastrous outing against the Rockies.

The team described Strasburg’s bullpen sessions over the last two works normal, although after one of them, fellow starter Gio Gonzalez reportedly ran into manager Dusty Baker’s office to rave about how good Strasburg looked.

The return of Strasburg will give the Nationals an arsenal of starting pitchers to get them through the final weeks of the season. In addition to the “big three” that Baker mentioned of Strasburg, Max Scherzer, and Tanner Roark, Washington also has A.J. Cole, who filled in nicely while Strasburg was out, as well as Gonzalez, Lucas Giolito, and Reynaldo Lopez. The excess amount of starting pitchers that come with expanded rosters means that the Nationals can continue to give Strasburg additional rest to ensure he’s set to go for the postseason.

Heading into Wednesday, the Nationals hold an 8.5 game lead over the surging New York Mets atop the NL East, and so Washington should not have a problem closing out a division title. Strasburg figures to be an important part of any success the Nationals have in the postseason, and so Wednesday’s start is a chance to see if he looks rested and healthy after his stint on the DL. If the Strasburg from the first half of the season shows up Wednesday, it’ll be a great sign for Washington’s postseason hopes.