The Knicks do what they do best – try to patch up their wounds quickly, as opposed to the long-term healing and rehabilitation…

The New York Knicks are preparing for the 2016/2017 NBA season, while still trying to forget the miserable last season’s results (32-50) in which they failed to secure a spot in the play-offs. After not having any picks in the NBA draft this summer, the only hope for the Knicks was to explore the free agents market, but as of right now it seems like they haven’t been successful on that field either. We can already now say that things don’t look too good for the Knicks, but let’s start at the beginning and analyze the current situation in the Big Apple…. 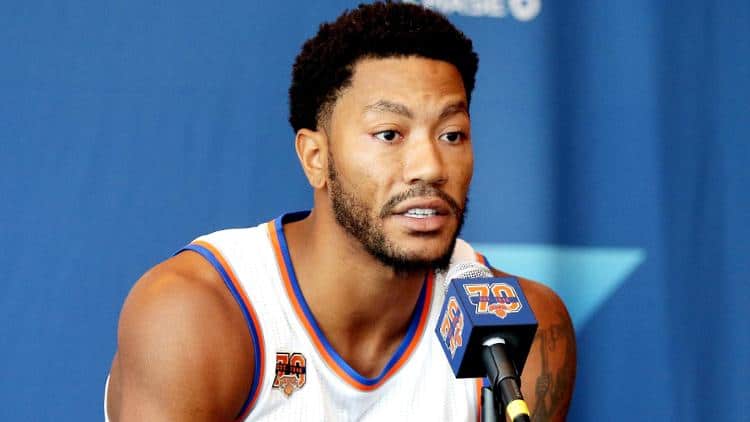 Last season, their starting PG was Jose Calderon, but it did not take a long time before it was clear to everyone that he is not the right solution and that the Knicks main focus during the off-season should be to find a quality PG who could bring in more stability on the court. After Mike Conley, the league’s most wanted (and probably most overpaid) free agent rejected the Knicks and signed a new (very lucrative) deal with the Memphis Grizzlies, the Knicks management had to go for a plan B, which included a trade with the Chicago Bulls, in which they gave acquired Derrick Rose. The deal, at first, seemed as risky, considering that the former MVP is miles away from his best days and that the injuries got the best of him, but at the second look, it could work out just fine for the Knicks.

Namely, Rose has only 1 year left on his contract before he becomes an unrestricted free agent, which means that the Knicks could afford to gamble with him for 1 year, and if he stays healthy, he will certainly be more productive in comparison to Calderon at the PG position. In addition, the Knicks acquired Brandon Jennings, who will share the minutes with Rose at the PG position. Just like Rose, Jennings is coming of a serious injury (Achilles) and there is a huge question mark on his form and the ability to play some huge role.

The more important question right now is how does Rose fit into the Knicks system. Ever since he joined the Knicks, Phil Jackson tried to impose the triangle offense through coaches who are familiar with this concept (Derek Fisher and Kurt Rambis), but the players simply never fully accepted it. In the fast transition basketball, which is popular and used with most of the NBA teams today, the triangle concept is hard to perform, and for that reason, the Knicks decided to sign Jeff Hornacek at the head coaching position, expecting from him to come up with a new, more productive solution.

For those of us who are a bit older and still remember how Hornacek played and what style of basketball suits him the best, we can expect fast paced basketball with plenty transitions and fast breaks, a concept that he used while coaching the Phoenix Suns. This style of play could actually turn out great for Derrick Rose and make him shine once again.

With Derrick Rose now on the board, the Knicks had to give up Robin Lopez and send him to the Bulls, creating a hole under the basket. Although many fans expected Kristaps Porzingis (21) to finally move to the center position, the Knicks management came up with a yet another unexpected deal, signing Joakim Noah (31) on a 4 year deal and giving him, simply put, a fortune ($72 million over the next 4 years). Noah is, just like Derrick Rose, a player whose best days are long gone. To back this up, shows the fact, that during his career, he has never played the entire 82 games of the regular season. Last year, Noah only played in 29 games. However, just like Rose, if Noah manages to stay healthy, he could end up being a solid reinforcement under the basket.

The trio Rose-Lee-Noah could significantly increase the Knicks chances of winning a playoff spotAs much as we thought the Knicks did horrible this summer, one thing could be pointed out as positive. It is the addition of Courtney Lee (31), arguably one of the best SG in the league, who could significantly improve the distance shooting, something the Knicks have struggled with. Lee is a very reliable outside player, with a solid shooting percentages (career 38.4%), who doesn’t mind getting the job done on both sides of the court, as he has proven that he is also a solid defender. Considering the fact that Aaron Afflalo has left the Knicks, Lee is expected to fill in the starting five and see a whole lot of playing time. The fans can be more than happy with this deal, since Lee has signed a 4 year deal for only $12 million per season.

The Knicks have also acquired Willie Hernangomez (22), who will mostly be handing out towels at the time-outs and occasionally see some playing time, if, in some cases, Noah gets in foul troubles, or gets injured. Worthy of mentioning is also the addition of Mindaugas Kuzminskas (27), who signed a 2 year deal for $5.9 million. Tall and agile, Kuzminskas is a very versatile player, who can cover multiple positions and can run the floor well. In addition, last season he has increased his 3-point shooting percentages, and if he can shoot around the 36% mark, he should see a lot of minutes on the floor. What’s good for the Knicks, is the fact the he will be a restricted free agent, once his contract expires, which means that the Knicks will get the chance to re-sign, if he performs well. 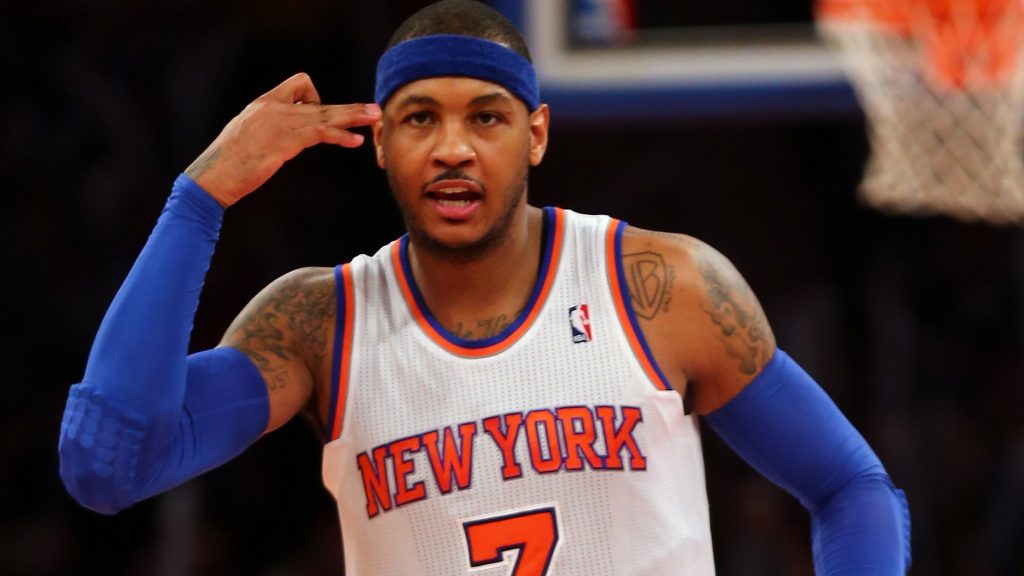 And then there was Melo….. If I had to pick one player that I would love to see win a NBA title, it would most definitely be Carmelo Anthony. Melo is a player who belongs among the TOP superstars of the league, and a player that can pretty much do everything with the ball on the court, but yet, somehow he has failed to have a real chance to win the NBA trophy. As his age is slowly getting the best of him (he turned 32 in May), Melo is probably playing his final seasons at the highest level, but it still seems not good enough to go all the way.

With a bunch of the players from the last season, who became free agents this summer, the Knicks have decided to keep only two (Sasha Vujacic and Lance Thomas), showing the exit doors to Williams, Galloway, Afflalo and Wroten, while trading away Calderon, Lopez and Grant.

The upcoming season will be one of the most challenging for the Zen Master (Phil Jackson) and the entire New York Knicks franchise. I don’t recall a team that has decided to make so many risky signings during the summer, with players that have spent more time in the rehabilitation room than on the court. At the same time, if Noah, Rose and Jennings manage to, „SOMEHOW“, stay healthy, the fans could finally watch some exciting playoff games in the Big Apple. However, this could only go down in two ways: Either it is going to be one of the most successful Knicks seasons in the recent years, or, Rose-Noah-Jennings could suffer an injury, which would result in a total disaster and embarrassment for the entire organization. 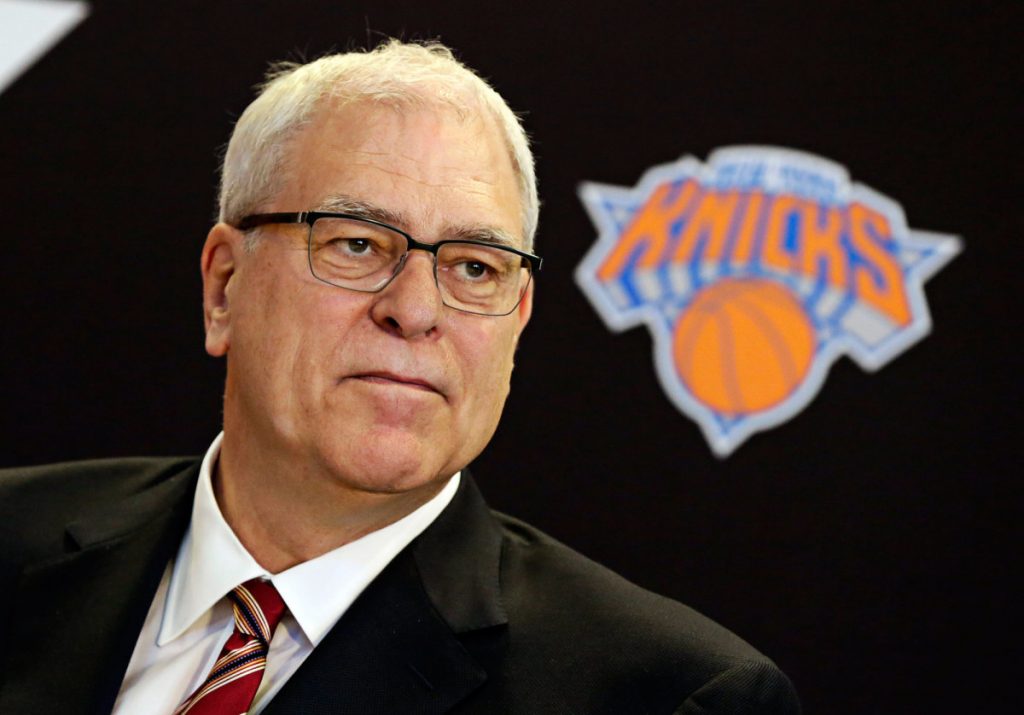 The upcoming season will be the ultimate test for the Zen Master!!!

Once again, the New York Knicks have taken a huge risk with the addition of Rose, Noah and Jannings, but should these three stay healthy and if Carmelo Anthony and Kristaps Porzingins perform like they did last season, with Courtney Lees high percentage distance shooting, the Knicks should reach at least 45 + wins and grab one of the playoff spots.