Posted on August 9, 2016 by Bryan Zarpentine 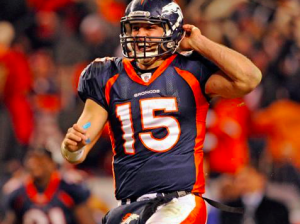 After his career in pro football didn’t work out exactly as he hoped, former NFL quarterback and Heisman Trophy winner Tim Tebow plans to pursue a career in professional baseball. Tebow’s agents Jimmy Sexton and Nick Khan say he is attempting to pursue a career in Major League Baseball, and that all 30 MLB teams will be invited to a workout later this month, during which Tebow will display his skills as a baseball player.

Tebow has not played competitive baseball since 2005 when he was a junior in high school. That year, he hit .494 and helped his team reach the Final Four of the Florida state playoffs. He was also named an All-State player. He will be attempting to sign a professional baseball contract with a major league team as an outfielder who both throws and bats left handed.

“Obviously we support Tim in his pursuit of a baseball career, as we have in all his ventures,” said Sexton. “Tim’s athletic ability, his work ethic, his leadership and his competitiveness were evident in football and will show in baseball. Knowing Tim’s passion and desire, we won’t be surprised by anything he accomplishes.”

Had Tebow continued to play baseball after his junior year of high school, many believe he would have been drafted by a big league club. Of course, Tebow chose to focus on football and went on to have storied career at the University of Florida that included winning the Heisman Trophy in 2007 and two national championships. After college, he was a first round pick of the Denver Broncos and later led Denver to the divisional round of the playoffs in 2011, although he was never able to replicate that success during stints with three other NFL teams.

One report indicates that the Los Angeles Angels would have drafted Tebow out of high school had he returned an information card to the team. His high school baseball coach believes Tebow would have been selected between Rounds 7 and 12 in the MLB draft, calling him a “six-tool player.” One scout said of Tebow as a baseball player: “He had leverage to his swing. He had some natural loft. He had some good power. He was a good athlete. He had enough arm for that position. He was a left-handed hitter with strength and some size. He stood out. He was bigger and stronger than everybody.”

Tebow has reportedly been training for close to a year in hopes of making a return to baseball. Those who have seen him have apparently been impressed with how he’s been able to pick up the sport again after such a long absence from baseball.

Of course, at age 29, Tebow will have to blow major league teams away if he expects to be offered a contract. He’s far too old for teams to dedicate time and money to developing him unless they believe he’s good enough and polished enough to reach the big leagues in a short period of time. Signing him would almost be akin to a major league club signing a player who just defected from Cuba, with the caveat that he hasn’t played baseball in over a decade.

We’ll have to wait and see to find out how many major league teams accept the invitation to Tebow’s workout and if any of them are willing to take a chance on him. If it doesn’t work out for Tebow in the majors, there are countless independent league teams that would line up to sign Tebow, who would undoubtedly bring large crowds to the ballpark. Of course, it’s going to take a lot more than popularity to get Tebow signed by a major league team.